What's up in the shop 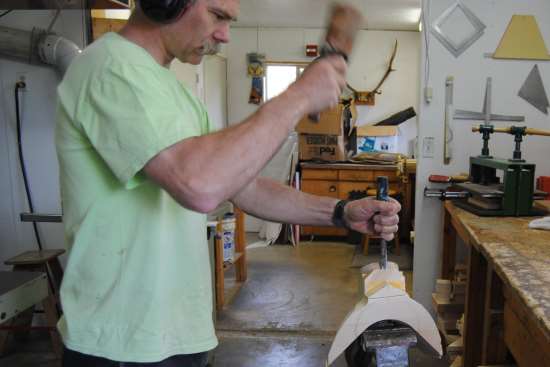 Last Sunday there was a lot of wind, and our internet has been out since.  So...  I'm over at a neighbours to check e-mail and put up a blog post.  Isn't that dedication??  (Actually, the real reason is my mother mentioned to me in a phone call today that she kept checking for an update.  Here you go, Mom!!) 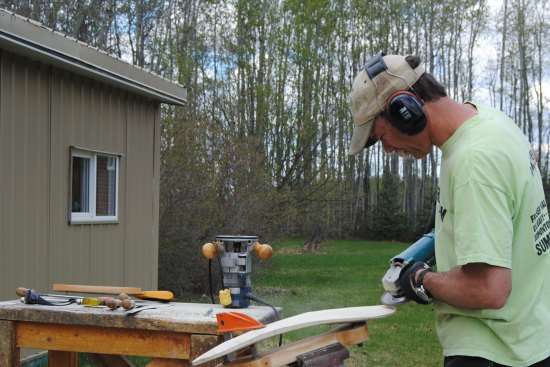 Yes, we are back in full swing again.  (Well, except for having no internet...)  And Rod is finally able to work outside this year!  We have shown pictures in past of him working outside in March... 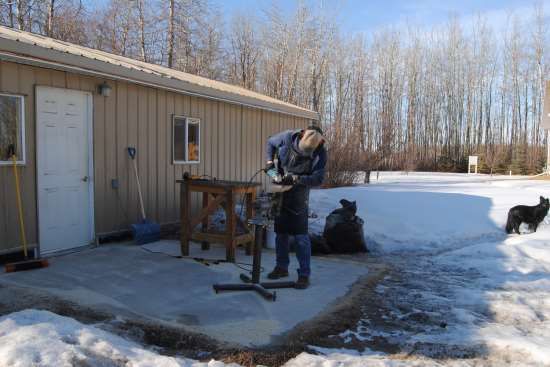 Well, there it is now!!  Surprise, surprise!  This is March 24 of last year

And this March 16 of 2007.  It just goes to show you it isn't the amount of snow that stops him, but the temperature of the air.  (It also shows you the difference in the amount of snow we can get year to year.)  And this year, it was just COLD for way too long.  He never worked a day outside this year till May.  But since we got back, the weather has been incredible.  So - garden time!!  (For people who live south of winter, you can never really appreciate the feeling of SPRING!!  Of course, you have to get through winter first...) 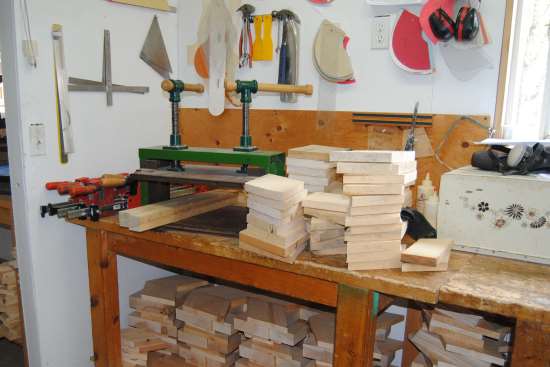 So, what have we been doing?  Well, I just have more wood to do up for the next set of trees.  There is a set of two to make headed for Sweden, then a single and then another two.  So while four at a time is the norm, this time Rod gets five. 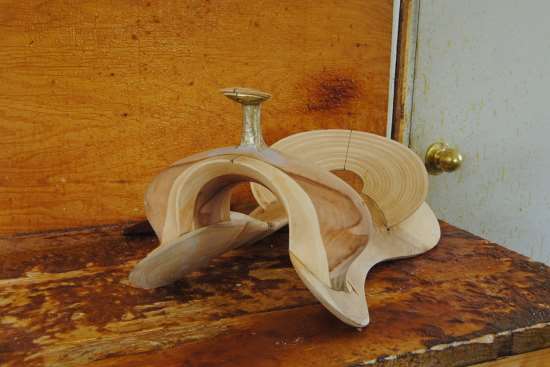 Rod has a couple of trees built already this week.  This is a 12 1/2" wide Packer tree.  It is also headed to Sweden, but to a different part of the country than the ones for next week. 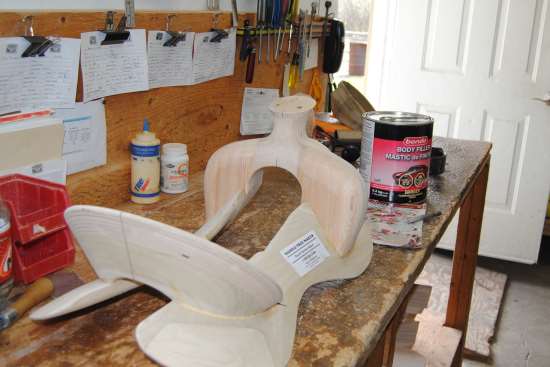 Here is a wood post High Country that will be staying in Alberta.  Well, at least until it is made into a saddle.  After that, we don't know. 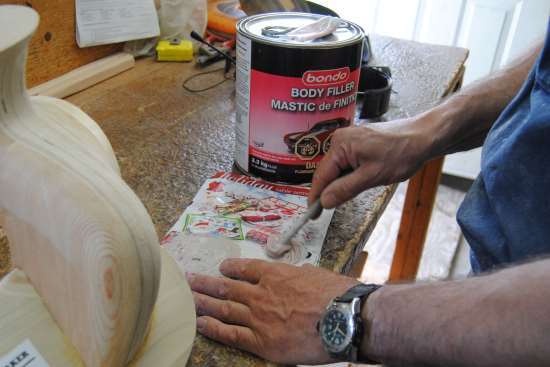 Here Rod is mixing up some auto body filler.  It comes as a grey paste and he needs to add the red hardener to it, mix it together well and then apply it before it sets. 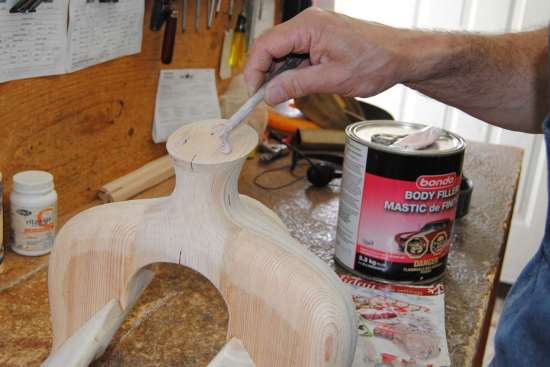 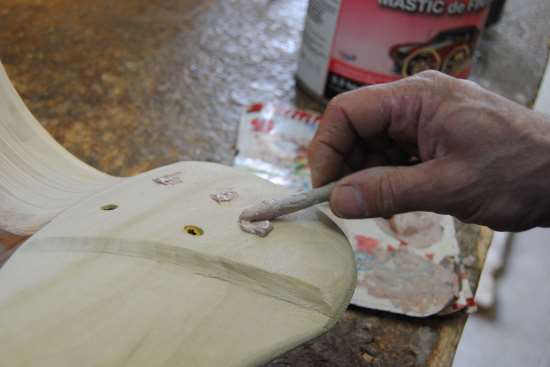 and the screw holes on the bottom of the bars.  When it is hard, he rasps them all smooth.   This way, the entire bar (and horn cap) is totally smooth. 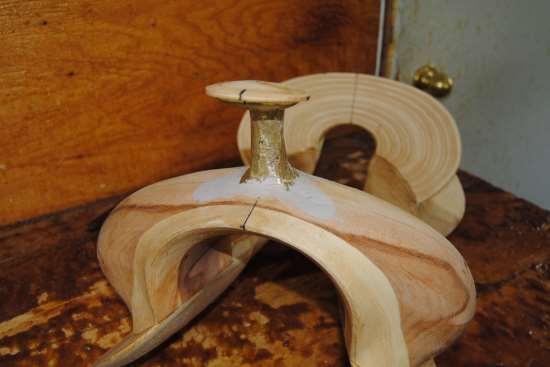 He also uses body filler to fill in around the horn that he has inset into the fork.  You'll notice that the color is greyer here than in the other pictures.  This is because the more hardener, the pinker it looks and the faster it sets, although the finished product is just as hard.  Filling the screw holes doesn't take as much time as filling around the horn, so he used less hardener on this one so he had enough time to finish the job before it started to set up.  And I know that when the body filler is really pink, it is because he was in a bit of a hurry to finish and get in for supper!