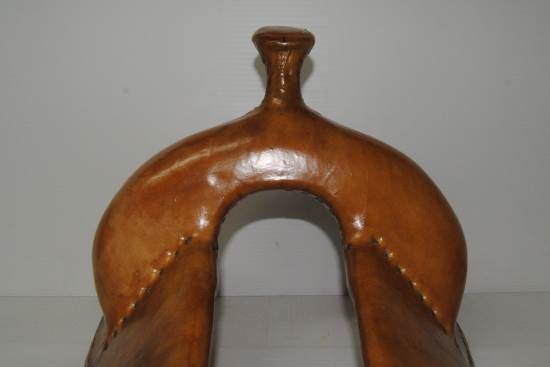 Carrying on from the last post, here are a few more of the variations of trees that have come out of our shop in the last couple of months.  This one is a 12” wide Norton pattern fork. 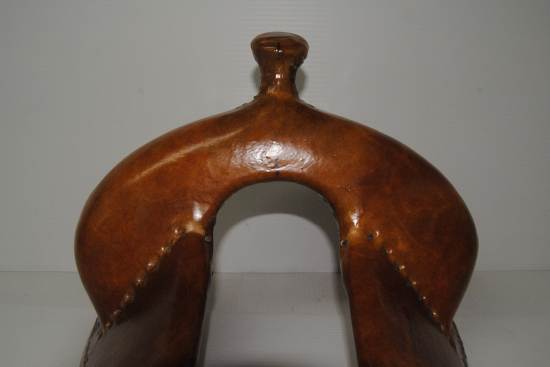 This Norton is 13” wide.  This is a Hamley pattern.  Between the Severe family and Warren Wright of New Zealand, a lot of the original Hamley patterns are still around. 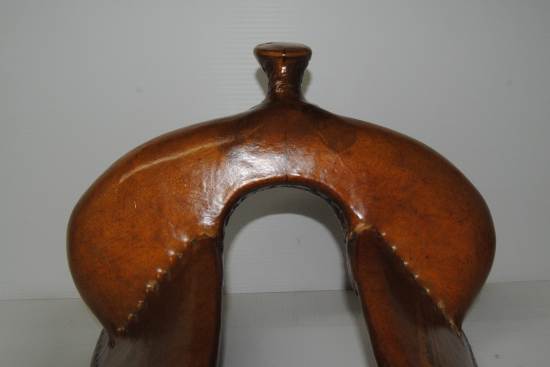 The third tree, for the same maker, is another original Hamley pattern - 14” Hamley Roper #1.  This customer has connections with the Severes and really wanted trees with their patterns.  Robin Severe told him that Warren had the patterns and said if he wanted to share them, we should call and ask.  Warren graciously did so, and here are the results.  These trees headed east – all the way to Manitoba.

The fourth tree in that set has gone farther east.  Across the ocean, in fact, to Sweden.  It is a 12 ½” wide Packer.  It is for a narrower and taller withered type of horse, so it has a 3 ¾” hand hole width with a 90 degree bar angle and 8 ½” gullet height (6 ¾” hand hole height).  While most Packers are leaned ahead, this one was ordered with a stood up fork.  It gives the look the rider wanted, but also gives more thigh room for the same seat length.  Thigh room is a more important consideration with swell forks than slick forks since the swell makes a definite barrier to the riders’ leg while, depending on how slick the fork is, the rider’s leg can go forward over the side of a slick fork if necessary.

The trees in the next set were all metal horn forks, but three out of the four were slick forks.  How’s that for a change?  One was a Visalia style 3B with a 3 ½” stock thickness, and the other a Taylor with a 5” stock thickness.  The same horn is on them both, but variation in cap size – 3” versus 1 ¾” – makes them look a lot different.  The third slick fork will probably show up here eventually as well.  It has been ordered with a fancy exposed bronze horn which took a while to show up so it isn’t finished yet.

The swell fork of the week was a 12” wide Chuck Sheppard.  We don’t get a lot of orders for Chuck Sheppards, but we have had two lately.  The first, in the last post, was stood up.  This was at the more common leaned ahead angle. 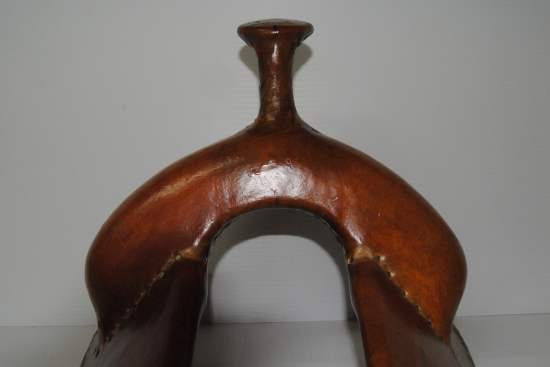 In the next group, there was a token Wade, but the other three were, you guessed it, metal horn swell forks.  This one is a 12” wide Canadian Roper.  It is a pattern sent to us by the customer from an old saddle he built.  He has ordered quite a number of these over the years and likes the style. 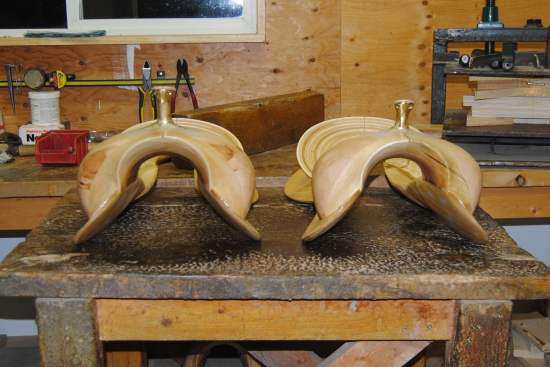 The other two are 12” Pattersons ordered by the same maker for a couple people in the same family.  Although they ordered the same fork, they ordered different horn conformations, and that affects the look of the forks a fair amount, especially when they are side by side.

The other interesting thing is that they ordered one stood up and the other leaned ahead.  At least they will be able to tell the saddles apart in the barn easily enough! 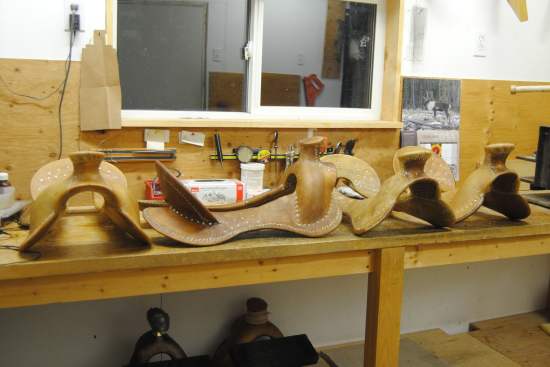 Due to internet issues I haven’t been able to post this for a couple of weeks, so these trees are pretty much all gone by now.  And what did I varnish last night to ship out this week?  Four Wades.  No, we don't plan it this way...