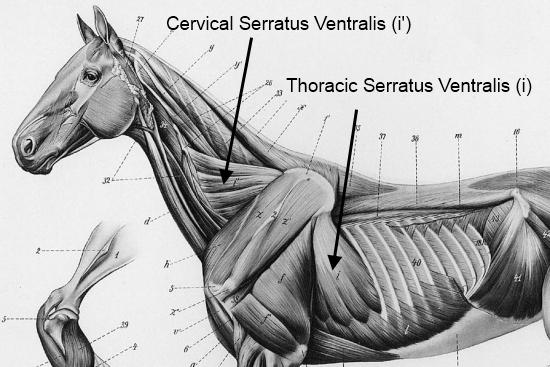 Getting back to the series on equine anatomy...  There are a few other muscles that attach the front leg to the body of the horse that can be affected by saddling and riding.  The serratus ventralis is an extremely important muscle to the horse as it is the largest muscle holding up the chest between the forelimbs.  Like the trapezius and rhomboideus muscles, it has cervical (neck) and a thoracic (chest) sections. 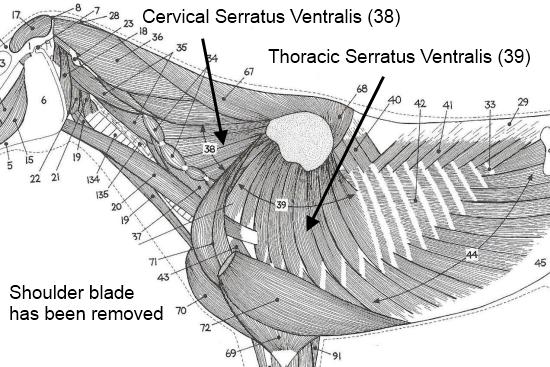 It is called the serratus because the bottom edge looks serrated.  The ventralis part of the name is because it is the lower (ventral) serrated style of muscle.  There is also a serratus dorsalis which is a serrated type of muscle close to the top of the back (numbers 40 and 41 in this picture).  The cervical part starts on the transverse processes of the last four or five cervical vertebrae, while the thoracic part starts by attaching to the first eight or nine ribs.

Warning:  dissection picture ahead again!  (It's OK.  You've seen this one before...) 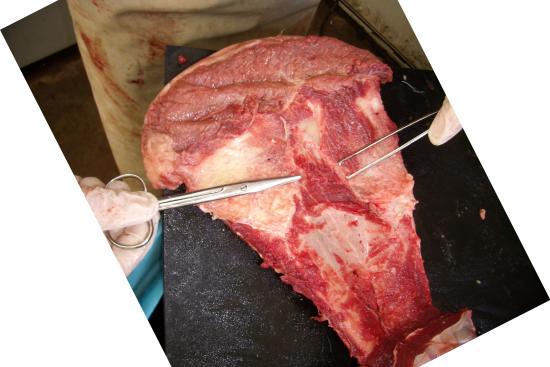 They both attach to the upper third of the underside of the scapula.  This picture is looking at the medial (towards the middle) side of the left scapula, so you are looking out from the inside of the horse here.  The front of the scapula is to your right and the back to the left.  The cervical part of the serratus ventralis attaches to the triangular area under the forceps, and the forceps are pointing to the back edge of that triangle.  The thoracic part attaches to the triangular area under the scissors, and the tip of the scissors are pointing to the front edge of that triangle. 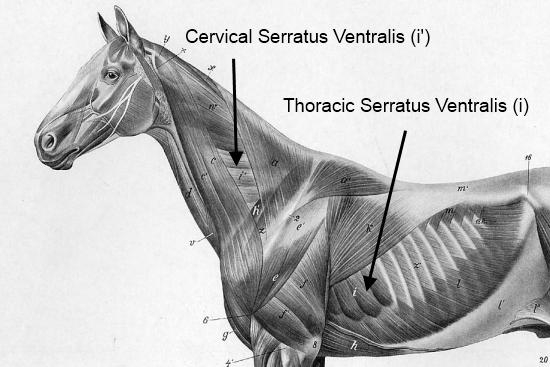 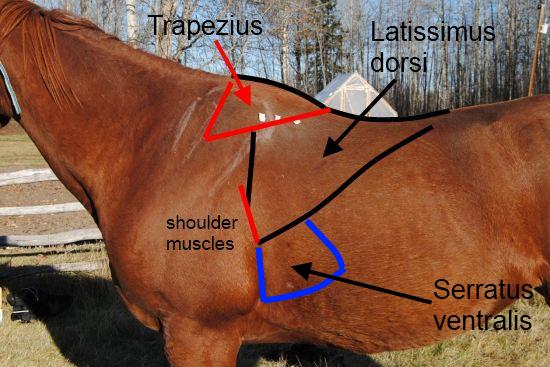 Looking at a real horse, there is only a small section where you can feel the thoracic serratus ventralis under the skin.

So the front of the horse "hangs", if you will, by this muscle which attaches from the top of the inside of his shoulder blades to his neck vertebrae and to his ribs.  It has very important functions, both in movement and in how the horse stands.

Effect of contraction when standing

At a stand still, if all four (both sides, cervical and thoracic) parts contract at the same time, they raise the chest relative to the shoulder blades.  This means that the horse can actually get "taller", measured at the top of the withers, as these muscles are contracted.  An out of shape horse may measure a bit shorter than he does when his muscles are toned up.

If the cervical and thoracic parts contract on one side only, they shift the weight of the horse more towards that side of the body.

The cervical parts, contracting when there is weight on the leg, work to raise the neck relative to the shoulder blade and, if only one side is active, help to pull it sideways.  As with all muscles, it doesn't necessarily act as a whole unit.  Individual pieces can contract separately so it is a muscle that helps curve the neck to varying degrees depending on which part is contracting and how much.

Effect of contraction when moving 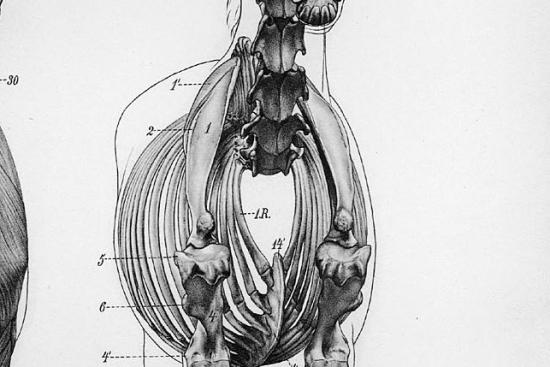 The effect on the scapula relative to the chest

But - and this is really important - the mechanics of how they connect the top of the scapula to bone lower down means that they act to pull the top of the scapula closer to the body.  You can see how the scapula is tilted inward at the top relative its bottom end.  This will happen passively with weight on the limb, but it also happens actively as the serratus ventralis contracts when the leg is in motion. 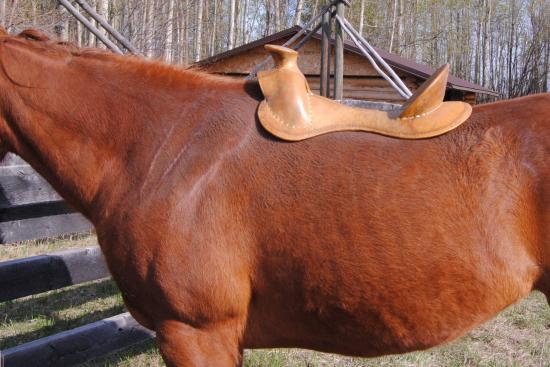 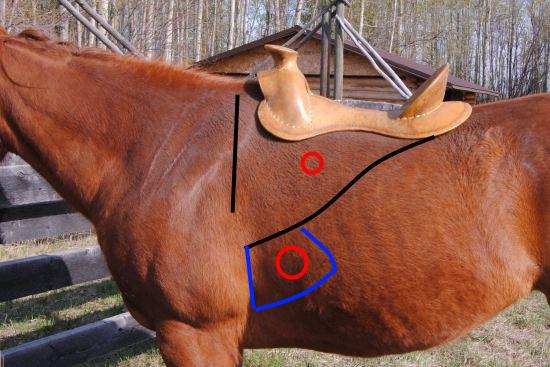 The other thing to be aware of is that, depending on the length of the cinch and the rigging design, both rigging and cinch rings may overlie this muscle.  Tight cinches, cinch knots that lie under the rider's leg (if you think it bothers your knee, what is it doing to the horse?), rings that are bent so they might dig into the horse - all these things will affect this muscle, and therefore affect the movement of the horse.

But there are still a few more muscles that attach the front leg to be considered when it comes to saddling...

Posted by Stacey Brown on Jul 17th, 2015
I am very impressed by your web site. Do you make dressage saddle trees and do you fit Spanish horses? There are so few dressage horses with saddles that don't inhibit the job we ask them to do. Finding a saddle fitter to address the biomechanical issues is like pulling teeth.
Thank you!
Posted by RodandDenise on Jul 17th, 2015
Thanks for your kind words. No, we only build western saddle trees. English ones are not just like oranges and apples but close to different universes... I don't know if anyone custom makes English trees. I have the impression that they all come from a few major companies, but I could be very wrong on that.
« Previous
Next »