Home > Saddle Tree Blog - From Shop and Desk > Visiting, visitors and what we've been doing in between

Visiting, visitors and what we've been doing in between 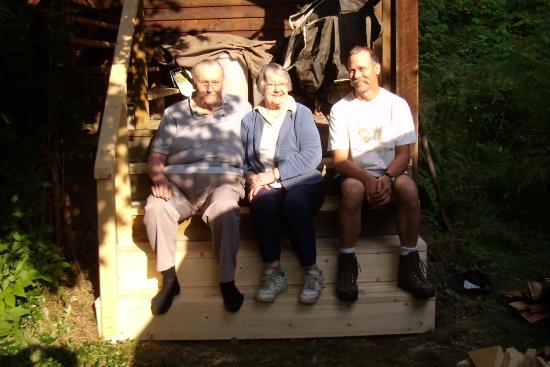 Shortly after “the student” left, we took a week away. (I told you it was an intensive course! We needed a break…) Actually, we had been planning for a while to go visit Rod’s parents in southern BC since we hadn’t seen them for a while. It was a good visit, and while there Rod was able do some odd jobs to help them out, including rebuilding the stairs to their deck which were starting to rot. Thus, the background for the picture. 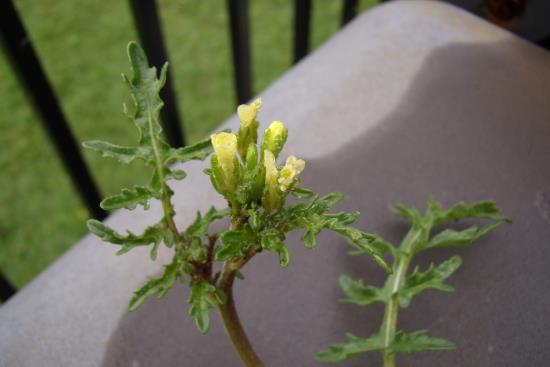 We also visited a few other people on that trip. We stayed overnight with Ron and Lynn, long term friends of Rod’s we hadn’t seen for a while in Innisfail. We stopped in for tea at Lee McLean’s and saw her beautiful house by High River. Such a nice visit! And we also hopped over a mountain range from Rod’s parents to spend a few hours with Andy Knight in Merritt, BC. It’s always fun to visit with someone else to builds trees (and see Andy’s beautiful saddles too). As per normal with us, we didn’t get any pictures other than of the weed Rod wanted to identify… (Any ideas anyone? Sunflower family but he hasn't been able to pin down the exact plant.) 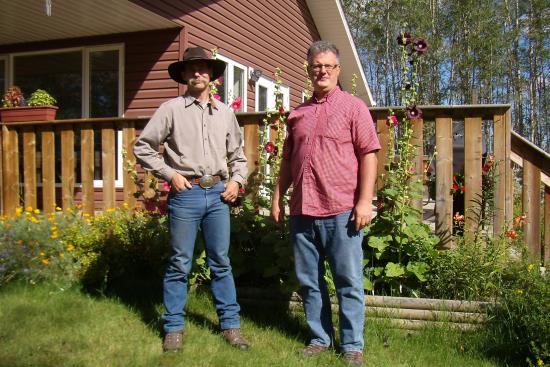 We might have stayed at Andy’s a bit longer but we had to get back home because we had a visitor coming to our place. Dr. Kevin Haussler made the trip north to spend a weekend with us talking about horses, saddles and trees and how they all interact. He is a researcher and clinician at Colorado State University whose area of expertise is the equine back. He has lots of (earned) letters after his name and lots of academic papers with his name on them. In spending time with him it is easy to tell that he knows what he’s talking about. He sees the results of saddle damage on horse’s backs and is interested in learning more about the saddle end of the equation. 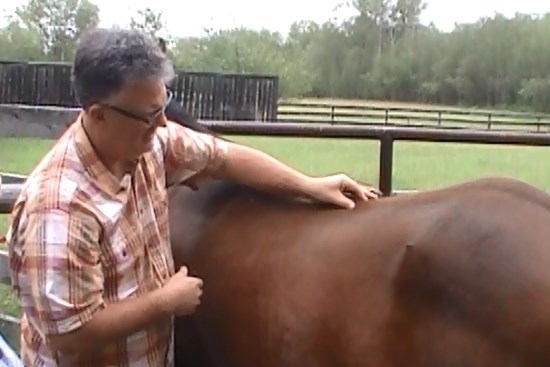 He was generous enough to spend time demonstrating and teaching his method of evaluating a horse’s back for pain and problems. We really appreciated the time he gave to us and hopefully there will be some research in the future using Western style saddles. (If anyone knows a rich philanthropist who wants to fund this kind of research, please let us know...) 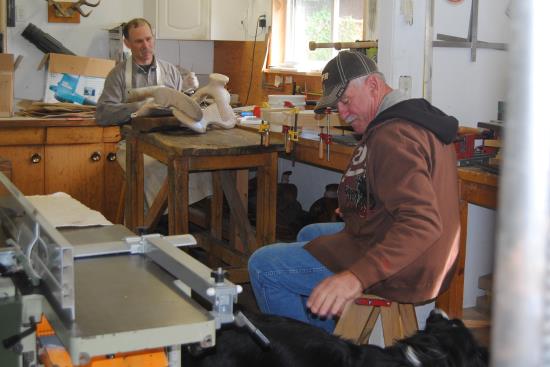 Right now we have another of Rod’s long term friends visiting. He's spent three mornings chatting while watching Rod rawhide trees.  He says it’s like watching paint dry, but when I asked if he was ready to take over that part of the production, he said no.  I wonder why not???  Fortunately, he has Bella at times to keep him entertained. 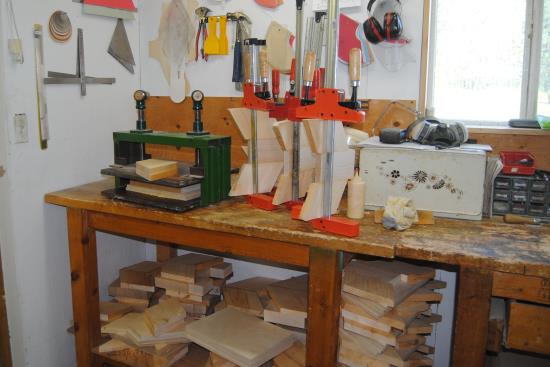 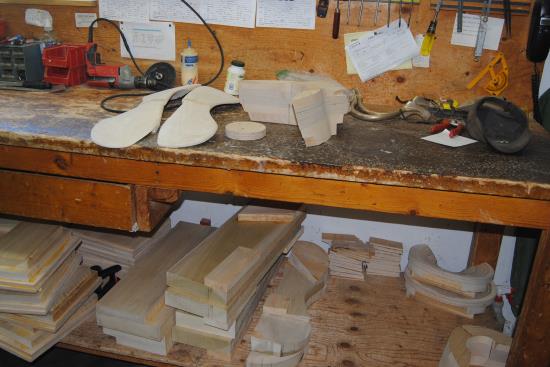 while Rod has been working on building trees, with more under the bench ready to go. 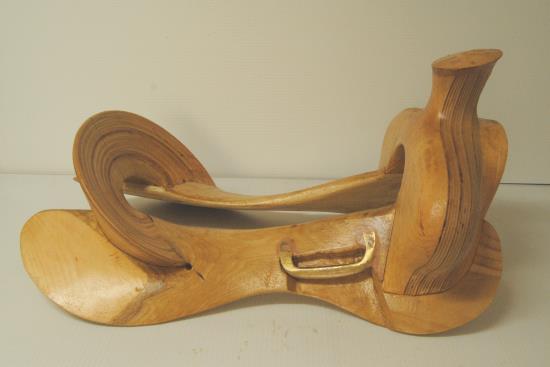 He installed the second set of Hamley Hangers he has been asked for in 19 1/2 years of building trees.  Not a common request... 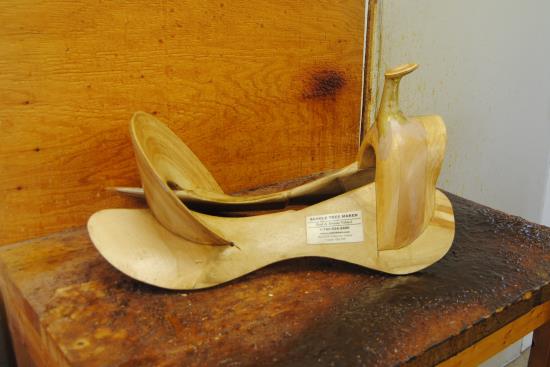 The tree he rawhided this morning is an old style slick fork. Both the fork and the cantle are very stood up and quite tall. Makes for a neat looking tree. We’ve built a few like this by now. 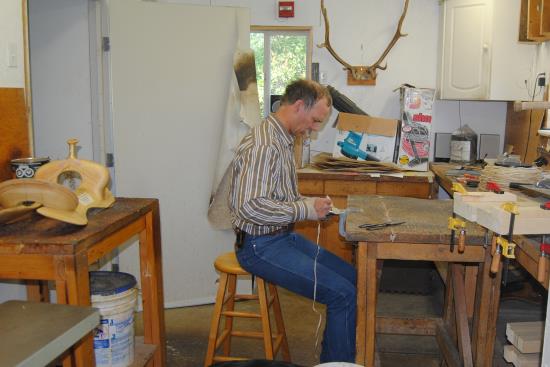 And, in his spare time, Rod’s been cutting lace. Ahh… summertime, when the living is easy…