It's not just ancient history

In some circles, there is a lot of discussion of where the ideal position of the rider on the horse is located.  (Whether or not that position is practically attainable is another question altogether.)  I have heard that "you should be in the same place as you would be bareback because that is where the horse puts you and therefore must be the correct place".  (Actually, that usually ends up being the lowest point of the horse's back - not because that is some magical spot, but simply because gravity always works...) I have also read some statements to the effect that there is a "traditional proper place" that has been forgotten by people who don't remember history, but must be used if you are going to be a "good rider".  But when you go back in history, it appears that people sat in a lot of different positions over time and in different cultures. 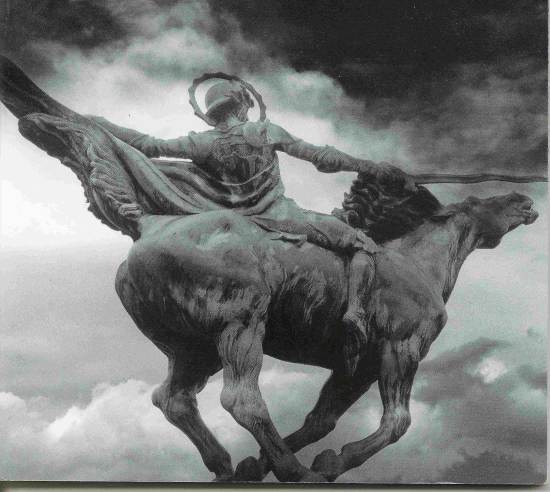 Here is a picture I have posted before.  It is off the cover of a non-equine book I own which has the ancient rider in this statue sitting on the loin of a horse.  (There is no reference in the book to the cover photo so I have no idea where this statue is or who it is supposed to represent.  If anyone knows, please tell me!!)

And here is a link on Dr. Nancy Nicholson's excellent website that has a short history of saddles and rider position as seen on ancient and old artefacts.  There are a lot of different positions of the rider relative to the horse in these old drawings!!  I especially found the first one in the list on the left very interesting.  It is called the "donkey seat" and puts the rider right over the hips.

Thinking anatomically, this would be strongest place on the horse's back for a rider to sit, since there is a solid attachment between bones in the horse's hind leg and the back via the pelvis, while the front leg is attached only with muscle.  So it takes more muscular effort on the horse's part to carry a rider over the forelegs than the hind legs.  But that doesn't have to make it the best place, as there are always other factors to consider.  And obviously, it isn't, since nobody rides in that position today.  Really? 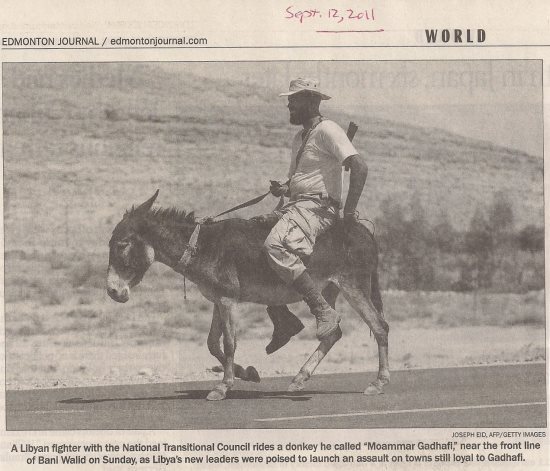 Today when I was packing up trees to ship, I came across this picture in a newspaper from September, 2011.  It seems, in some parts of the world, the "donkey seat" is alive and well!  And looking at relative size of equine and rider, there is probably a good reason it is being used...