Home > Saddle Tree Blog - From Shop and Desk > It's been a wood post swell fork month...

Posted by RodandDenise on September 8, 2015 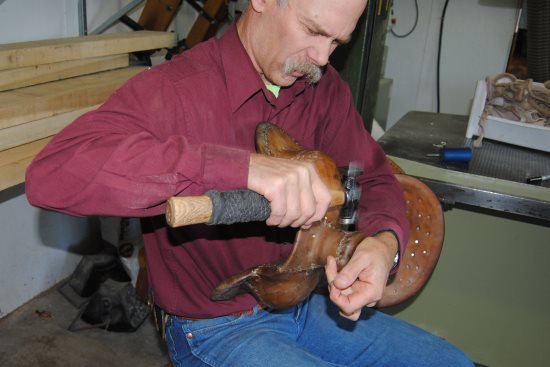 It really does seem like things come in groups. We make a fair number of wood post swell forks – about twenty percent or so of our total output – but they are a relatively new innovation in the long history of saddles. We don’t know for sure when they started to appear, but we were quite surprised to find the date of 1986 on an old tree we duplicated a while ago. Looking at the construction on that one, it is likely it was a very early model. 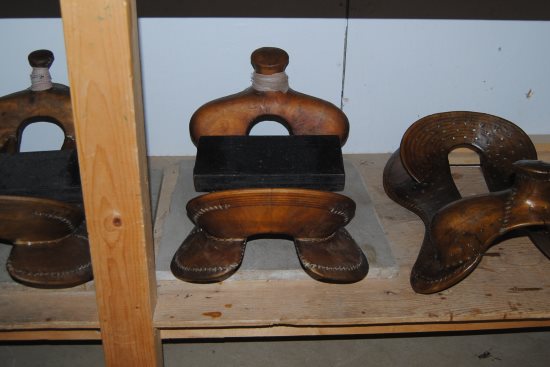 But in the last month or so we have had had quite a few to build. The one with the horn wrap still on is a 14 ½” wide Modified Association. It doesn’t have a lot of top slope, being relatively straight across the top compared to a lot of the other fork styles. The Modified Association is a very versatile style since it can be made in narrow to wide widths and still hold its shape nicely. 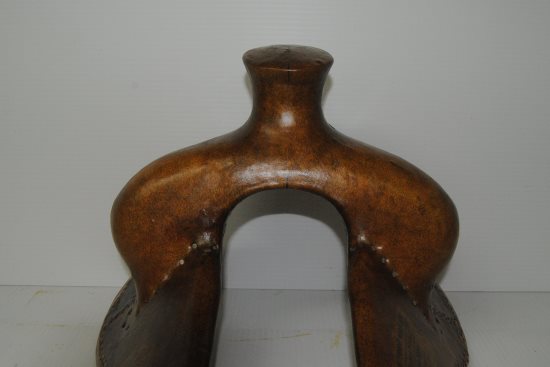 Here’s a better picture of the one beside it in the picture above - a 12” Will James. It also is fairly straight across the top, but not quite as much. It has more side cut on it than a Modified Association does. The Will James is the one swell fork where we have had more orders with wood post horns than metal horns. People seem to like them that way. 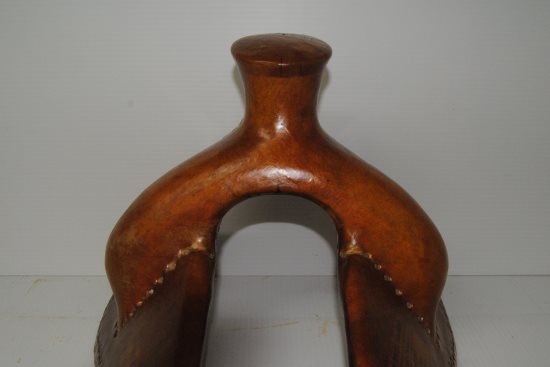 In contrast to those two, here is a 12” Canadian Roper. It has a lot of top slope with the widest part being very low on the fork. The pattern was sent to us by a maker who had been using this style for a lot of years and it is still one of his favorites. 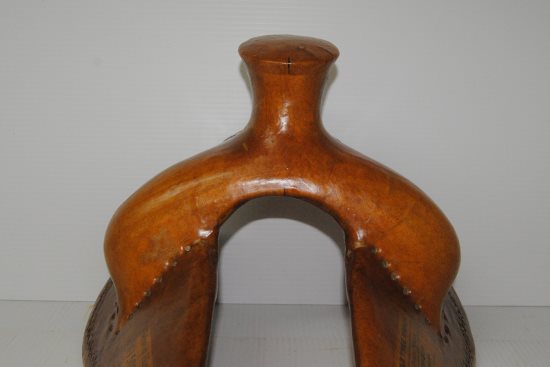 In between those styles is a 12” Louellen. You can see that the widest part of the fork is a bit higher on it compared to the Canadian roper so there is more room for side cut.  It is also a really low fork, and that affects the look as well. 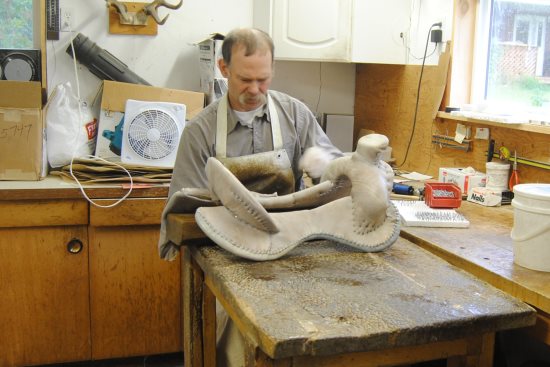 Here’s yet another picture of Rod rawhiding a tree. (I wonder how many pictures like this I have on here by now?) This one is an 11 ½” wide Packer. 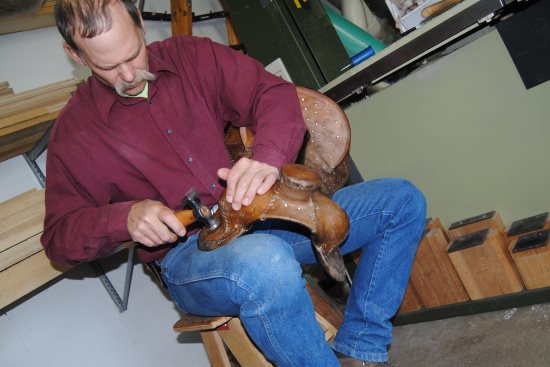 And here he is four days later pounding seams on that same tree. It is a style we make not uncommonly, and it lends itself to the narrower style of forks. Pretty hard to make a wide Packer. 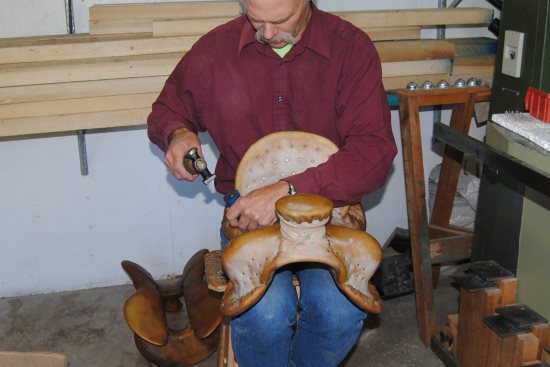 And here is the one he most recently rawhided – another Modified Association - but this one is only 13” wide. It will look a lot better in a few days... So what’s up in the next set? 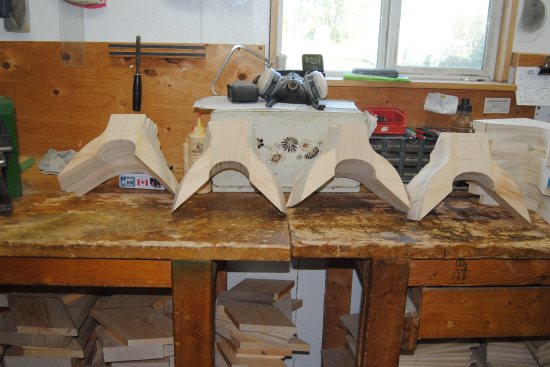 Four Wades.  The start of another wave...