Home > Saddle Tree Blog - From Shop and Desk > Where do you start with a table full of bones?

Where do you start with a table full of bones?

Posted by RodandDenise on October 4, 2011 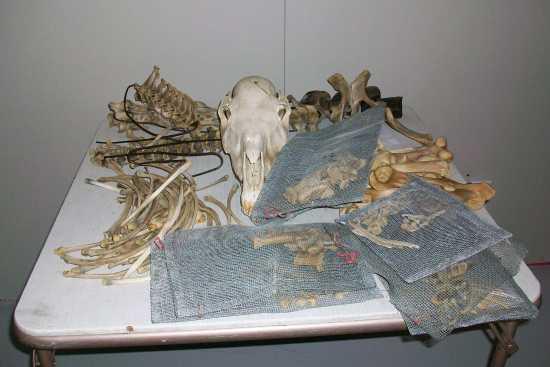 With the front legs, of course!! Well, at least that is what we did.  Before boiling out Arnie's bones, I had put all the small bones from each leg into a wire mesh “bag” we made out of screening.  That way they would at least stay sorted by which leg they belonged to at the beginning. 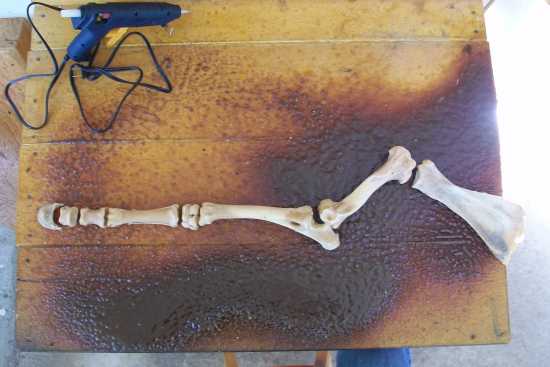 We started by laying them out in order.  In this picture, we had already hot glued the splint bones back to the cannon bone and glued together the seven carpal (knee) bones.  We followed the picture in my anatomy books to help, but it was really neat how they fit together like a jigsaw puzzle.  A very well designed system, it was surprisingly easy to figure out what was what, especially since with Arnie’s arthritis, some of these small bones were fused together. 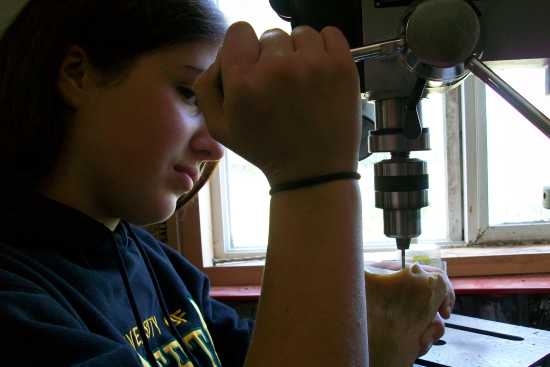 We knew we needed more than just glue to keep the bones attached permanently, so we used a very stiff wire as well.  We drilled holes in the bones with the drill press.  This is one of the larger bones from a pony sized mule we used to test out how to do this first.  (Yes, we have more than one skeleton in our basement…)  We learned how to measure and mark very carefully because if the holes were drilled in the wrong place or at the wrong angle, the bones would be twisted relative to each other or they wouldn’t sit at the correct resting angle.  You’ll see some of the markings we used in the following pictures. 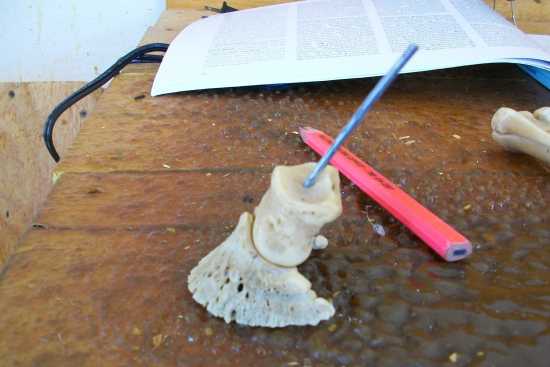 We started at the bottom.  Since the three lowest bones are all at one basic angle and short enough to drill through, we used one wire which started below the coffin bone (it went into the stand to help hold the leg in place eventually), went through it, through the short pastern bone 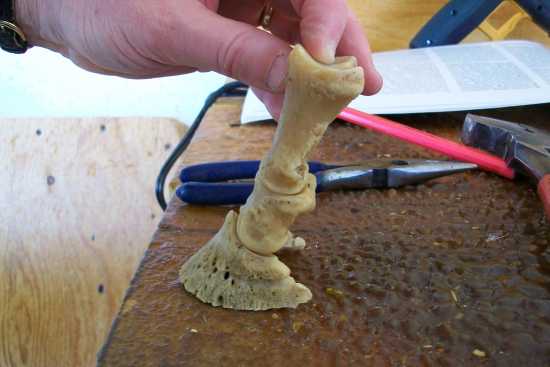 and ended in the long pastern bone.  We epoxied the wires into the bones before hot gluing the bones together as well.  With the glue and the shape of the bones, they didn’t rotate around the wire. 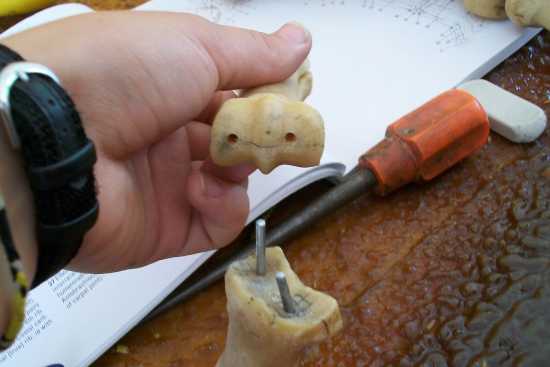 We put two wires in almost all the other joints.  You can see some of the markings we made to get the position correct. 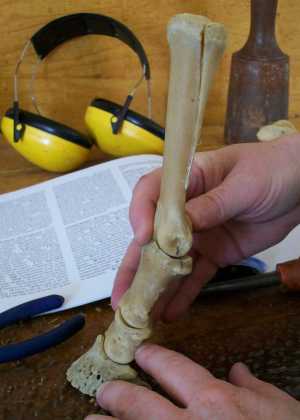 And we just kept adding to our tower.  The cannon and splint bones on top of the pastern… 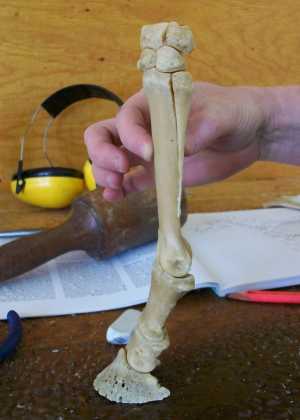 The carpus (knee) on top of the cannon bone… 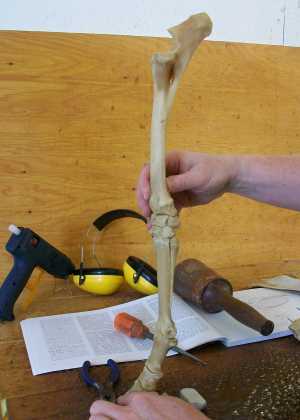 The radius and ulna (forearm), which are combined in the horse, on top of the carpus… 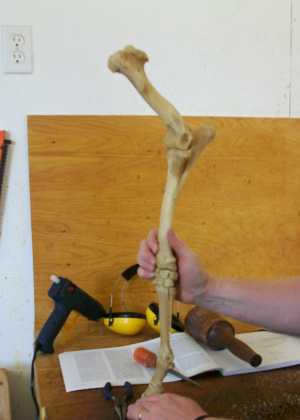 The humerus on top of the radius and ulna… 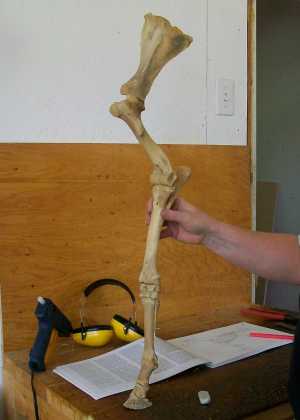 And the scapula (shoulder blade) on top.  One down, three to go!!  With all the measuring and fiddling to get the wires in the right places, it took us about a day to build each leg.  Then we had to learn more about them!