Strength testing - or - Why we use yellow poplar for our bars 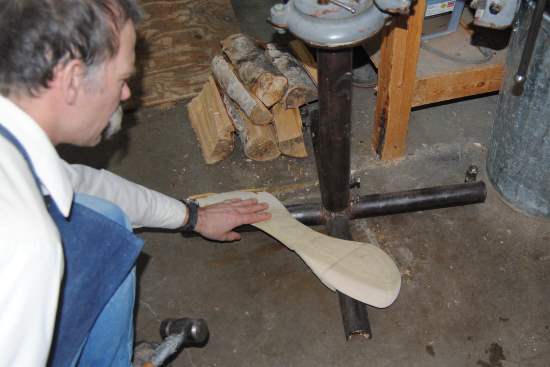 It isn’t often that pieces of a tree get to the finished stage before they get rejected by Rod, the final quality control supervisor. If something isn’t going to make the cut, he usually rejects it earlier in the process that this. But this time he was finished the bar before he decided he wasn’t happy with how the back of it turned out. So after he experimented with and destroyed the whole back end of the bar figuring out how to make things better the next time, we decided to do some testing with what was left. It’s been a while since we did this, and thought it might be fun. Besides, it was too long to fit into the wood stove… 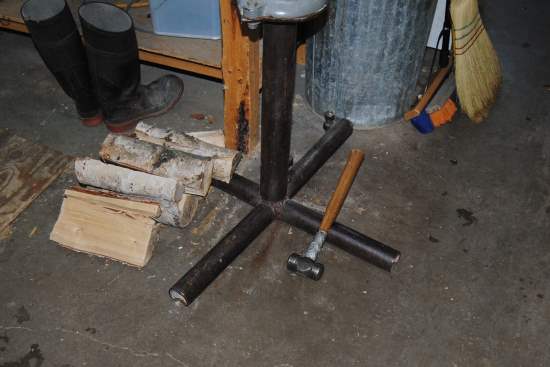 We laid the bar across the feet of the vice so it totally bridged, and got out his three pound shaping hammer he used back when he was shoeing horses. 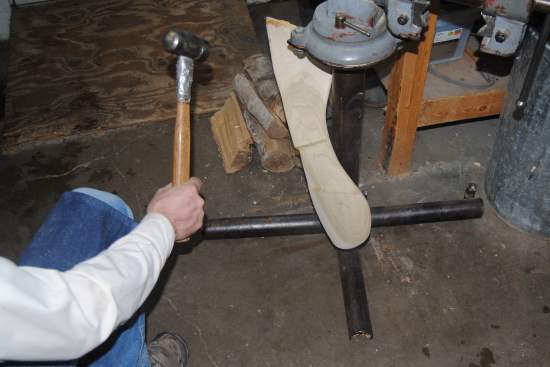 Then he started whamming on it. One!! 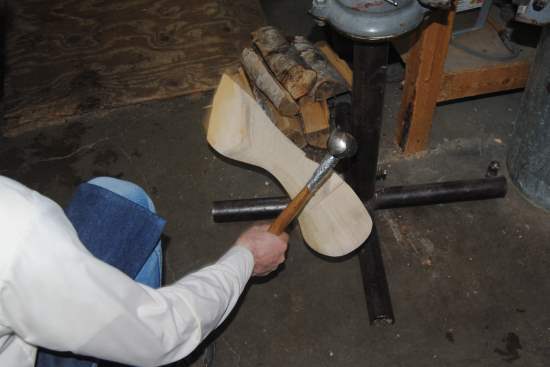 Two!! He was hitting it right at the back of the stirrup groove, at it’s weakest point. Obviously, there is a bit of a time lag between when I hit the shutter button and when the picture is taken. 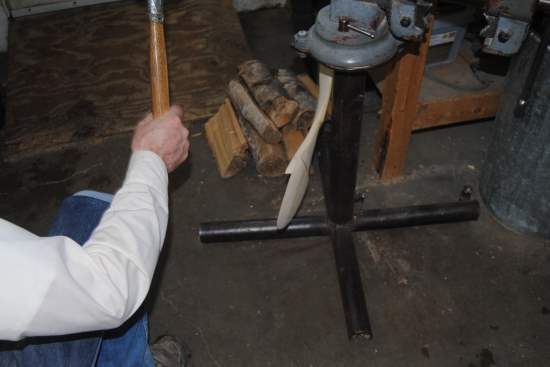 Three!! As you can see by the rebound, he isn’t just tapping it. He was really whaling on that bar! 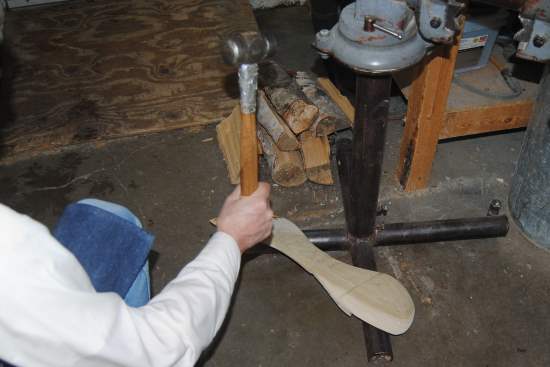 Four!! I was trying to get a picture of the hammer actually hitting the bar, and not a second later. This time, I was too early… 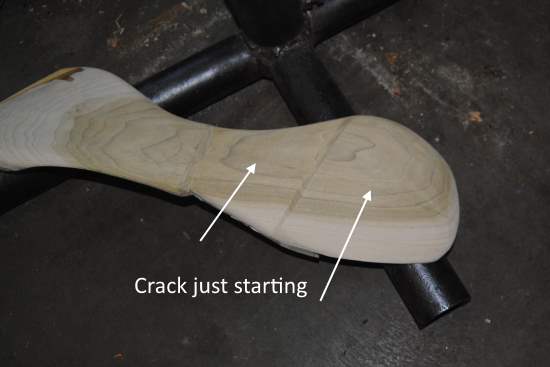 So after four major whacks, the bar is starting to crack - longitudinally – and only on the front half of the bar so far. This is how yellow poplar usually breaks - if it ever does crack. It doesn’t break across the grain very easily, which is one of the reasons we don’t worry about putting in a full stirrup groove. (This is a good thing, because there are reasons why we won’t make an Arizona bar  - one which doesn’t have a full stirrup groove.) 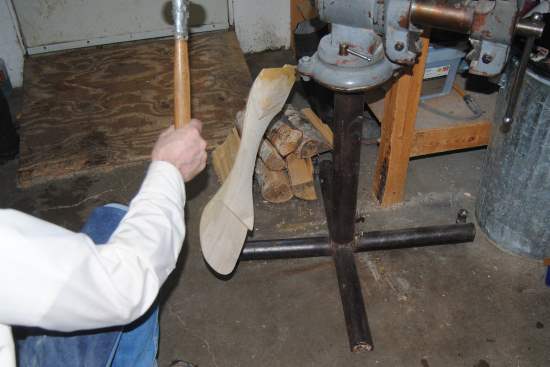 Five!! Surely this time it will split, right? 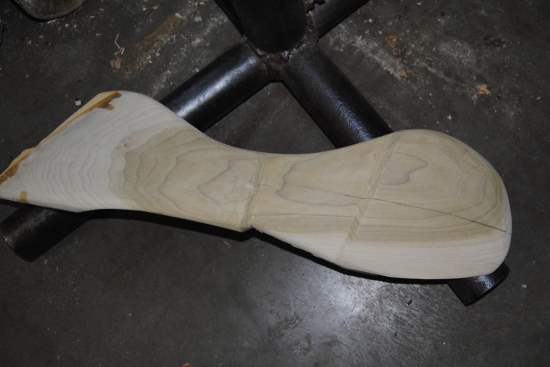 Nope. The crack is worse, but it hasn’t broken through yet. 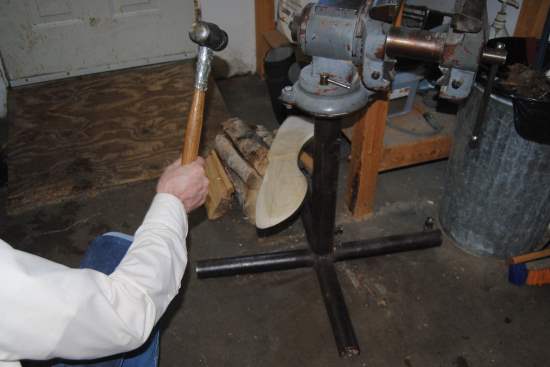 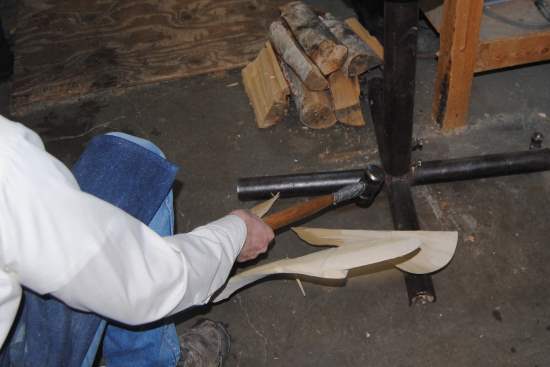 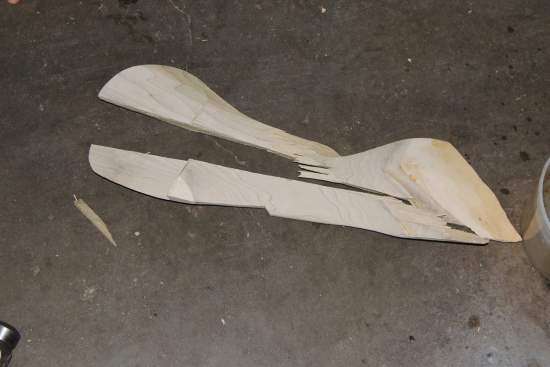 Split totally length wise, and the lower piece broke in half. 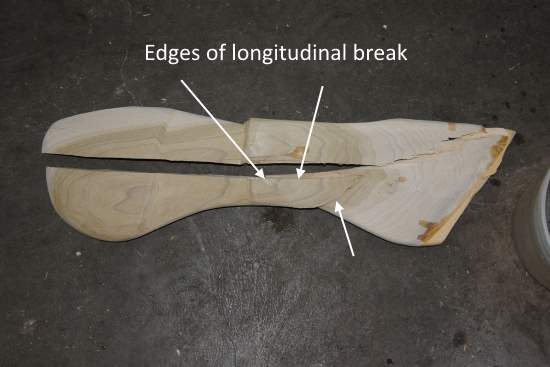 Interestingly, it didn’t break across the back of the stirrup groove. The wood again split along its grain horizontally in the narrowest part of the bar. But the top half was still too long for the stove, so… 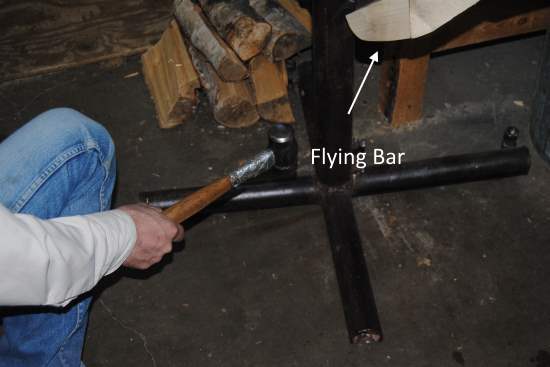 Eight!! With only half the bar, it really flew! Just barely got it in the picture… 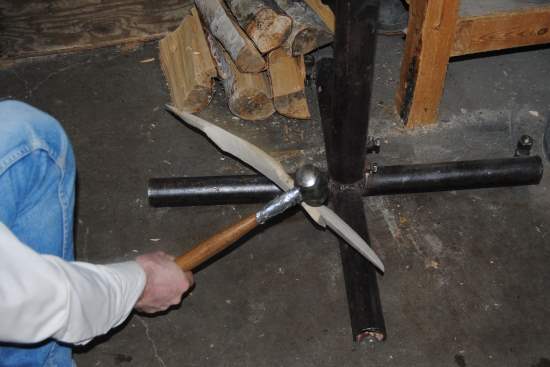 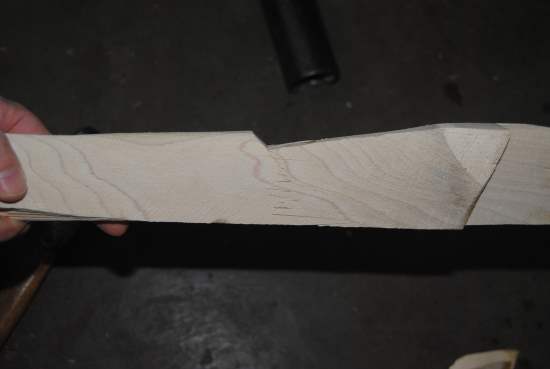 But it is starting to crack. 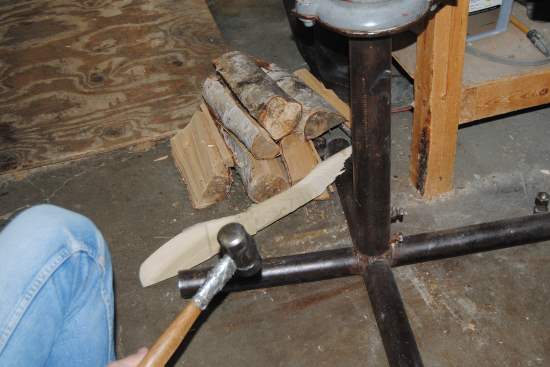 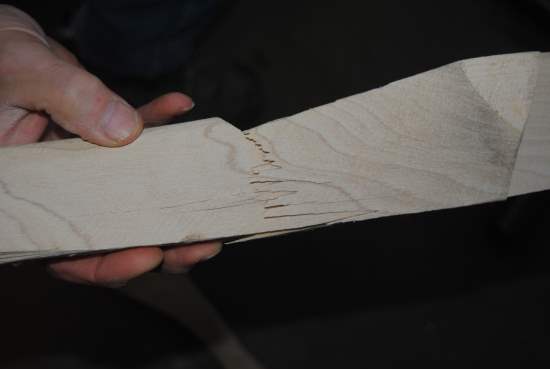 Though it is cracking more with each hit. 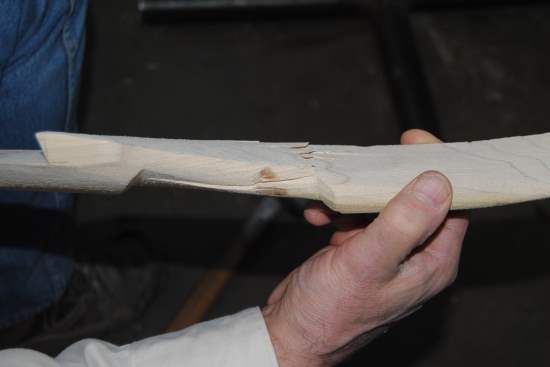 And again, it is cracking lengthwise, not across the grain. 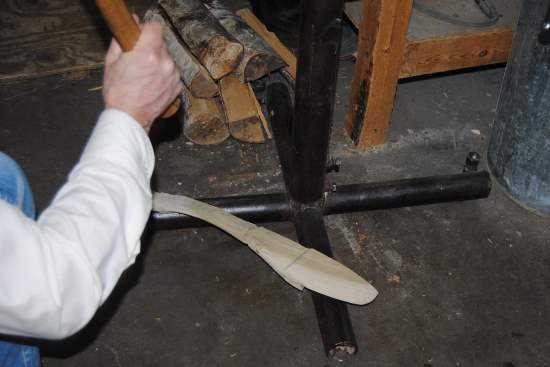 Eleven!! We didn’t measure the width across the narrowest point still left at the back of the stirrup groove, but it couldn’t have been more than two inches at most. 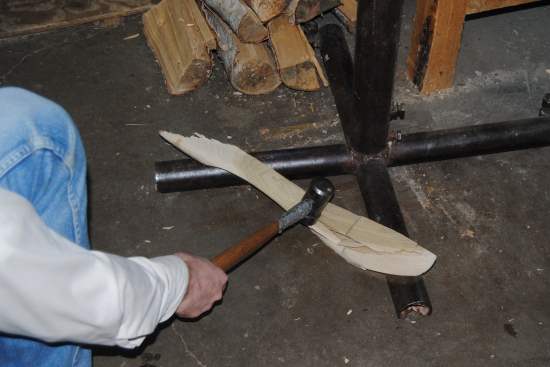 Twelve!! I finally got one at the point of impact!! 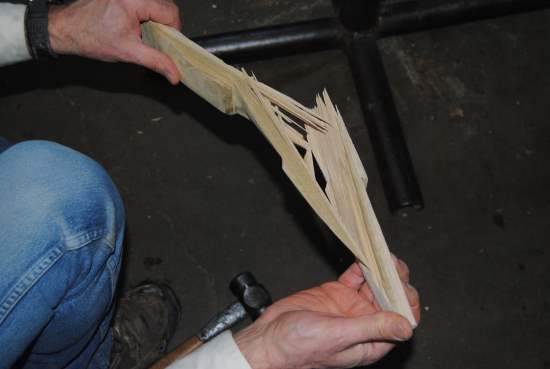 And the whole bar finally broke all the way through. 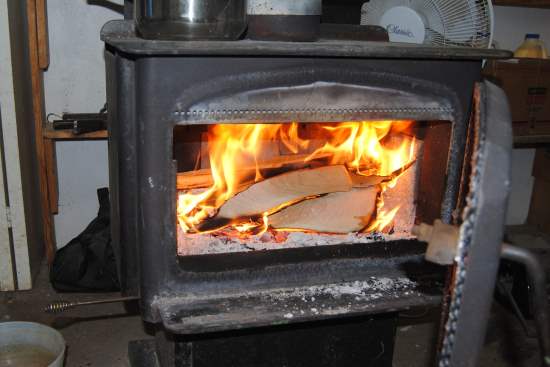 So now it all fits in the stove. First lesson learned – we confirmed we are using the correct wood for our bars. Second lesson learned – if we have any more reject bars, cut them across with the band saw. It will be a lot faster…