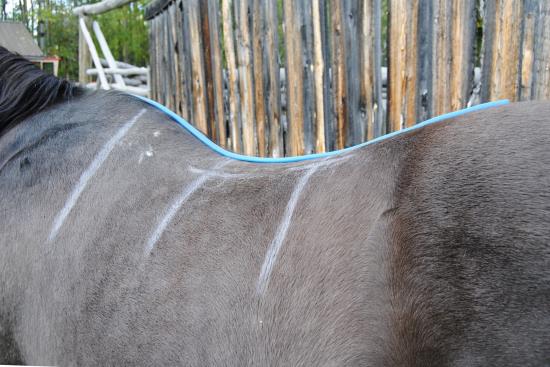 When I read in various places about how to take templates on a horse’s back, the instructions that include more than just a “wither tracing” always include taking a tracing of the top line. But very rarely have I ever seen the request for a tracing along the back that goes under the bar of a saddle. For western trees, that is crucial, because the top line does not tell us how what the rock line will be. Here is a prime example. 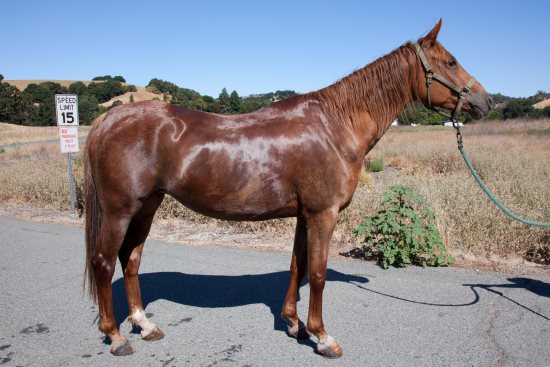 Here is a picture that was sent to us this week. Beyond the fact that she has withers that go waaaaaaaay back (so the height of the seat at the front needs to be considered), if you look at her top line, it has a lot of curve in it.  (This is only a 9 year old mare but she has had a number of foals.  She is now in active work.) 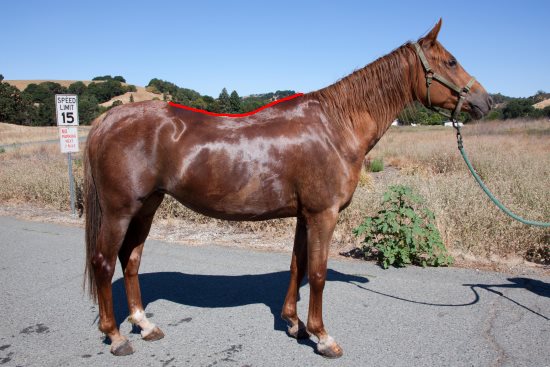 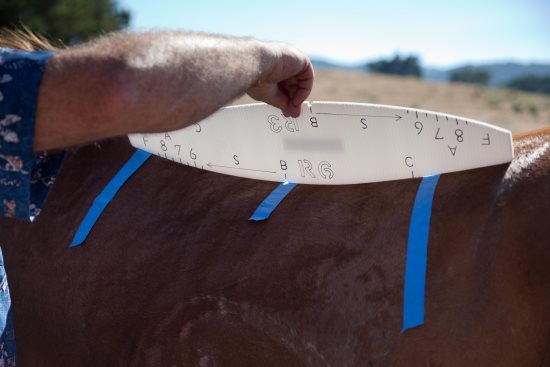 However, when the Dennis Lane cards were used on her, she only has an R6 rock, which is our “normal” amount of rock in a tree.

For those not familiar with the Dennis Lane cards, here is a comparison view. 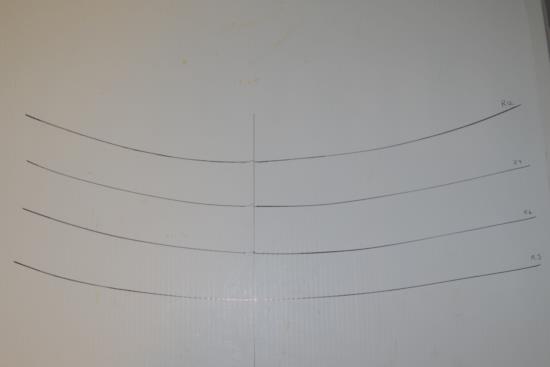 Here’s another comparison view. I’m not sure which is the best, so I gave you both.

Anyway… R3 is the least amount of rock, then R6, R9 and R12. (The numbers come from some specs Dennis uses when he builds his bars and, like our cantle angles, are basically names. They aren’t measurements that can be taken anywhere on the horse or tree.) Like I said above, R6 is our “normal” rock for the ranch horses we commonly build for. R3 often works well for colts, who have straighter backs than they will as adults. Some mules are R3 and some have less rock than that. R9 is getting to be a fair amount of rock, in our experience, though horses with more muscular shoulders often have an R9.  We think that R12 horses have an awful lot of rock compared to what we normally see, though there are segments of the population where this is the norm. 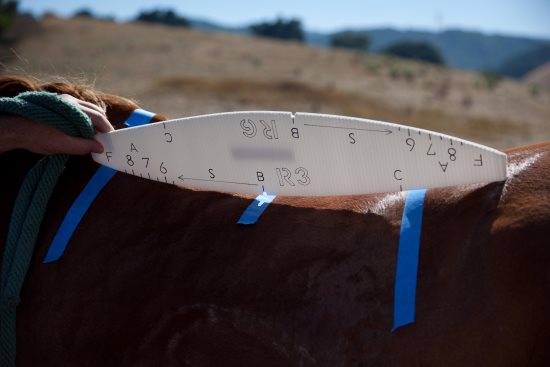 Here is that horse with an R3 card. Obviously a tree with only this much of rock in it would be bridging on this horse. A tree with an R3 rock wouldn’t have this much space under it as it would press further down into the horse, but you get the idea of how it would have more pressure on the ends and little to none in the middle. 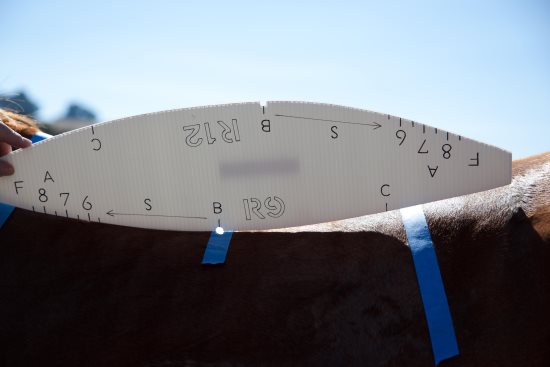 Here is what an R9 card looks like. Picture a saddle with this amount of rock in it on this horse. If you pushed down on the horn and cantle alternately, you can imagine how it will “rock” up and down from front to back. Obviously, the mismatch of an R12 would be even more extreme, but there are body types of horses which have that much rock in their backs.

So, nope, this horse really doesn’t have a lot of rock in her back, despite what the top line may lead you to believe. (We have also had examples of the opposite – a relatively flat top line with a lot of rock in the back – though that is less common.) However, if all we had was the top line, we would be wanting to put more rock in the bars than what this horse really needs. The top line doesn’t match the rock line. People need to understand this and start looking where the bars really sit on their horse to figure out how much rock their horse has in its back. Looking at the tops of the dorsal spinous processes, which is what makes up the top line, just doesn’t give them that information since the saddle doesn’t sit on them – or at least it better not!!

As an aside, these are really good pictures of the cards in place and that helps us a lot in knowing that the card the owner chooses is what we would choose as well. Why do I say that? First, it is obvious that the cards are being held perpendicular to the horse, not the ground. That error can affect which card you might choose. Second, we can also see both ends of the card. Sometimes we get pictures where the center of the card looks good, but both ends lift off. Then we know we would have gone with a card with more rock. (However, even in that scenario, we still know what to do – which is why we have people send pictures with the cards in place.) If we only get pictures of the center of the card (which is generally all you can get if you are taking the picture while holding the card yourself) we don’t know what those ends look like, and they are crucial. I’ll also take this chance to reiterate that it is important to have the horse pretty straight and the head in its normal working position when you take these rock measurements, as head position really affects the amount of rock in the back.