Of cantle width and dish 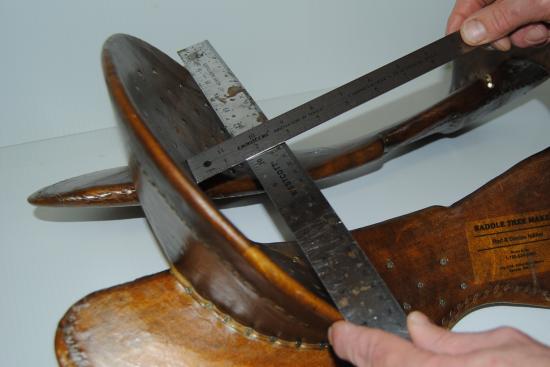 On our page about cantles in the Understanding Tree Measurements section, I discuss dish, how it is measured (as demonstrated in the picture above), and how it combines with cantle height and angle to affect the slope of the face of the cantle.  (You'll have to go to our Cantle Conundrums page to get the scoop on that.  I'm not re-typing it today!)  But then I said " The width of the cantle has the same type of effect from the side to the center as the height does from top to the center. The narrower the cantle, the deeper the "cup" gets from side to side. You don't get the same amount of effect that changing cantle height gives because the cantles are wider than they are tall, so in most cases changing dish based on cantle width isn’t warranted. However, really narrow cantles may benefit from having less dish."  Here's an example of what I meant... 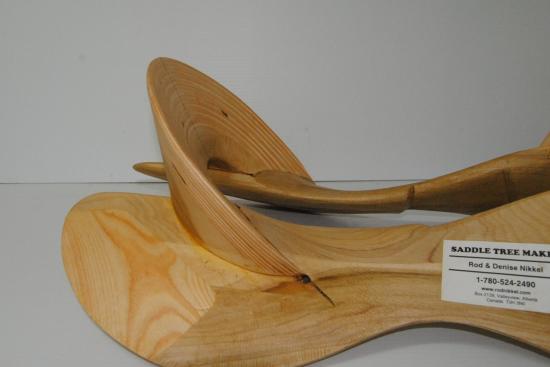 We had a customer who wanted a narrow cantle.  The original specs he ordered were 4 3/4" tall by 11" wide at 40 degrees (which is a good cantle angle for that height of cantle).  He also ordered 1 1/2" dish, which isn't an uncommon amount of dish to order, though 1 1/4" is the most common by a long shot.  Then he called back later.  I don't remember the whole story, but I believe he had the chance to ride in a saddle with a 10" wide cantle and really liked it.  Anyway, he changed his cantle order to 10" wide.  Not a big deal.  We have done cantles that width before.  (Four of them actually.  Three were for itty-bitty kiddie trees and one for a full sized tree.) 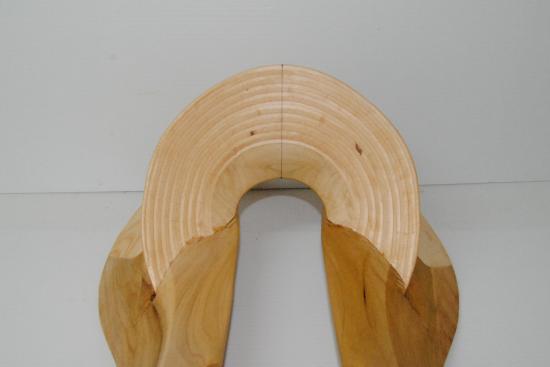 He also wanted a spade shaped cantle.  The narrower the cantle, it easier it is to make a spade shape look "right", so this made for a neat looking cantle of that style. 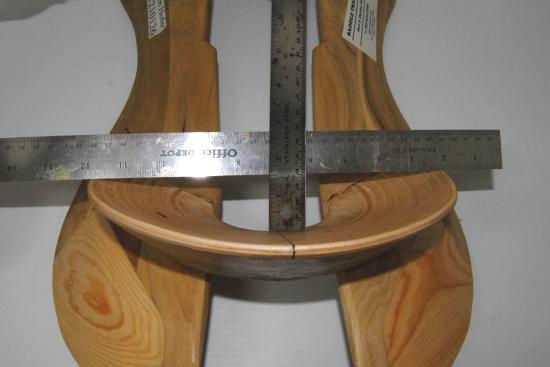 This customer isn't a big guy, but you have to have a pretty tiny butt to fit between the edges of a 10" wide cantle.  So practically, the rider isn't going to be sitting "in" this cantle. (We recognize the ongoing debates regarding how riders "should" sit, but some people still ask for lots of dish because they like to ride "in" their cantles).  However, he still left his order as having 1 1/2" of dish, so that is what we built.  Now, on an 10" wide cantle, that makes for pretty steep sides going in toward the middle. 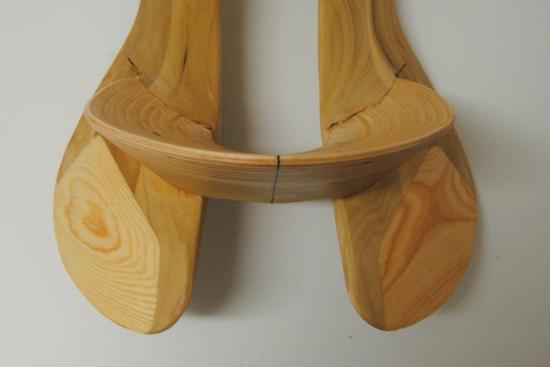 When we discussed this with the customer, he decided to leave it at 1 1/2" because he figured you can always can fill it in with leather if you need to (he will!) but you can't make more dish if it isn't there, and this guy would prefer as much dish as possible.  So he is happy with his order. 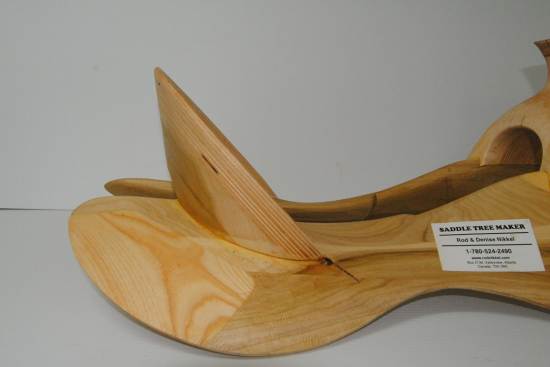