Home > Saddle Tree Blog - From Shop and Desk > Ya think it's time?

Ya think it's time? 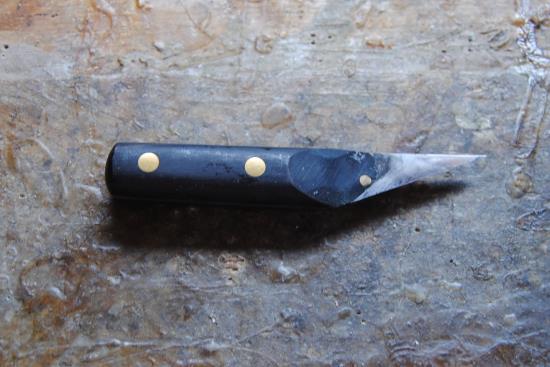 Neither Rod nor I could be considered to be part of the “use it once and throw it out” contingent in our world. In fact, we tend to go to the opposite end of the “use it up” group. But eventually we finally have to recognize that it really is time to get something new. 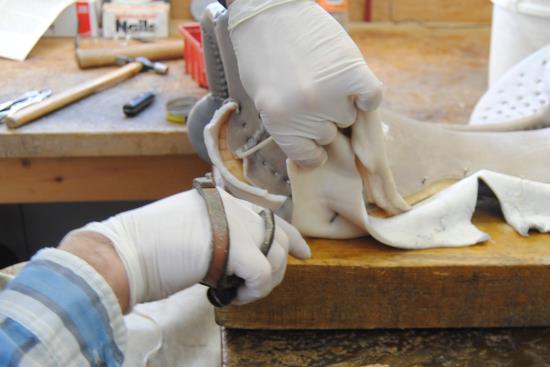 Rod recently replaced one of his rawhiding knives. This is the one he uses to make the more precise cuts needed when he is rawhiding a tree. (He has a number of larger types he uses when cutting up rawhide from whole hides and sides.) And yes, it needs to be SHARP!!

Like most people who use knives as a tool in their work, he is relatively - or extremely - neurotic about keeping it sharp. (As in, “I don’t touch them” sharp.) (As in, “I don’t even look at them in case they might become dull from my glance” sharp.) To do this he has a few sharpening mechanisms. 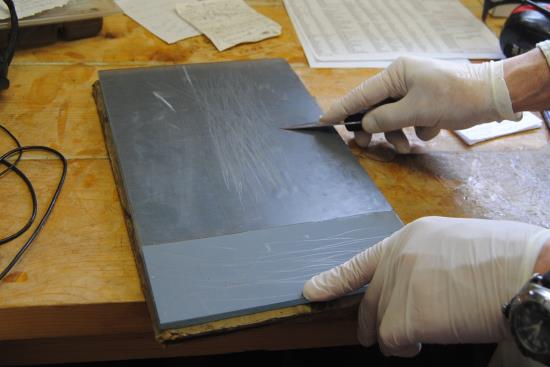 When he is rawhiding a tree, every now and then he will give the blade a quick touch up, and go back to rawhiding. He starts with a few strops on this - a micro-abrasive paper stuck to a flat glass lapping plate. As you can see, there are two different grits on the plate. He uses the larger one for the knife, and both for his sewing needles, which he also keeps sharper than razor sharp. 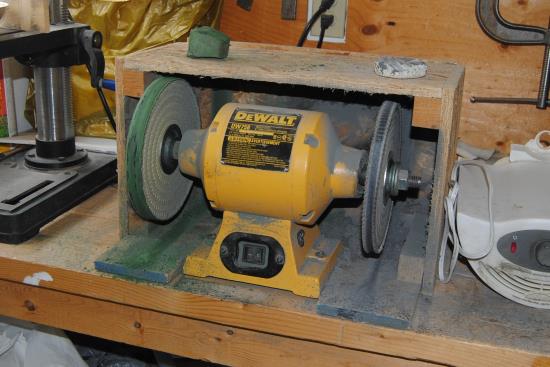 Then he goes to the ginder set up. It has two wheels - the green compound being coarser grit and the white being finer grit - on cotton wheels. 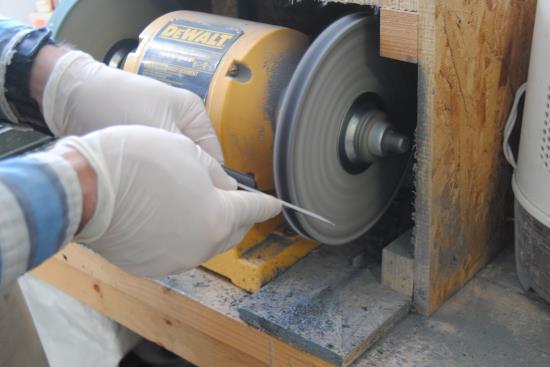 This gets it even sharper than the micro-abrasives, so he really likes it. It is also fast! But over time he finds it tends to round the blade in more than one direction. So every few months he has to totally regrind the blade and get it straight again - and that takes off metal even faster… 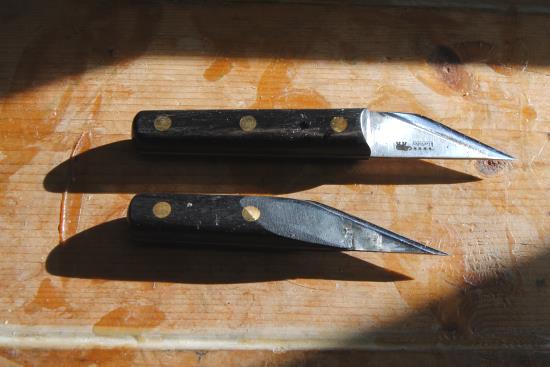 And eventually you run out of metal beyond the handle, so you start to grind away the handle too. Why not? There’s lots of handle on these knives. But when it gets to the point that you have sharpened a lot of the handle away, you finally have to succumb to the reality that it is time for a new knife. 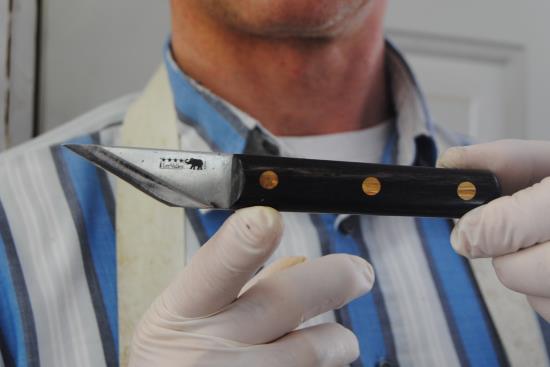 Ta-da!! And yes, by the time this picture was taken he had already sharpened and slightly remodelled the blade. Ya gotta get it just right, ya know???? (He likes the marking knives from Lee Valley for this job.) 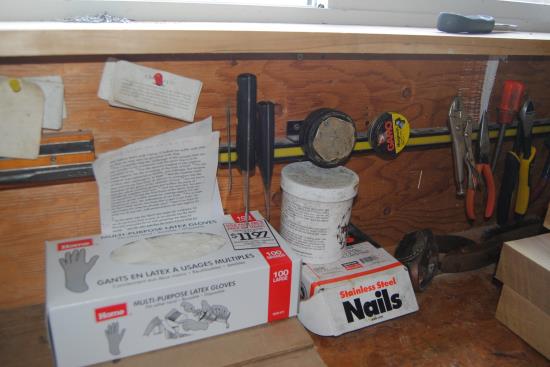 But a month and a half later, he still has the old one around, just in case…