Bones of the hind leg - part one 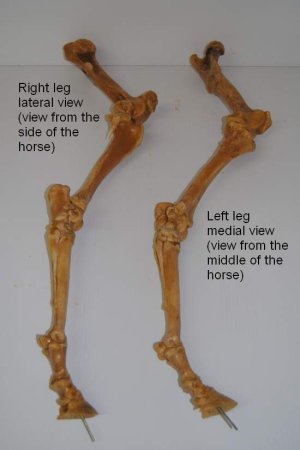 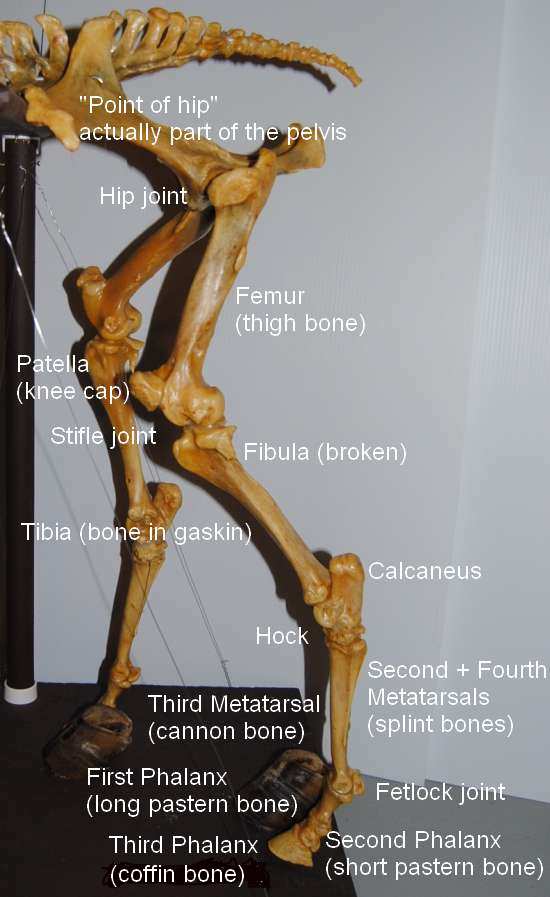 Looking at the “bare bones” it is easy to point out where the joints and individual bones are. 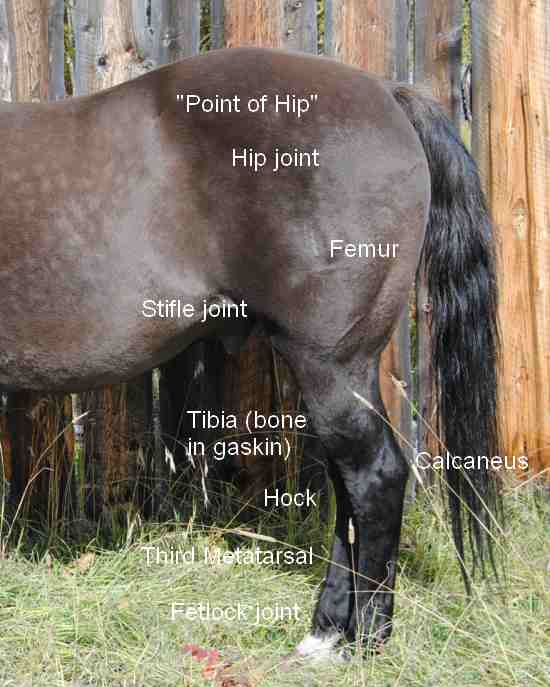 Looking at a whole horse it can be a lot harder.  The stifle joint, similar to our knee, is at the level of the flank, and the femur, our thigh bone, is hidden within the hindquarters.  The hip joint itself is a lot lower than you would think, and what is termed the “point of the hip” is actually part of the pelvis, far forward and much higher than the hip joint. 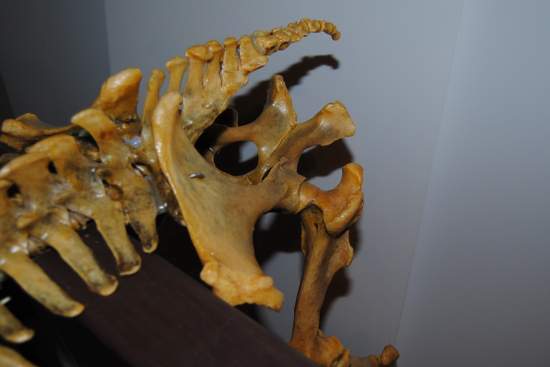 While the front leg is joined to the body just by muscle, the hind leg has a solid attachment between the femur and the pelvis.  This is a ball and socket joint where the head of the femur is attached to the inside of the socket of the pelvis by a very strong, short ligament.  The joint capsule also attaches all the way around the joint, and muscles, tendons and other ligaments help hold things in there tight.  The actual joint is fairly deep inside the horse, so to dislocate a hip means there is a LOT of damage happening. 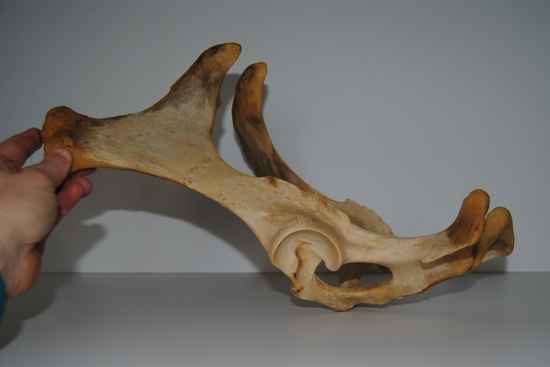 The “socket” on the pelvis is solid on the top, front and back, so mechanically it really helps hold the head of the femur in place when the hind leg hits the ground.  The ligament attaches right at the top of that upside down V in the “socket”.  This pelvis came from Smudge, a small pony sized jenny mule, so a full sized horse pelvis would be a lot larger compared to my hand size. 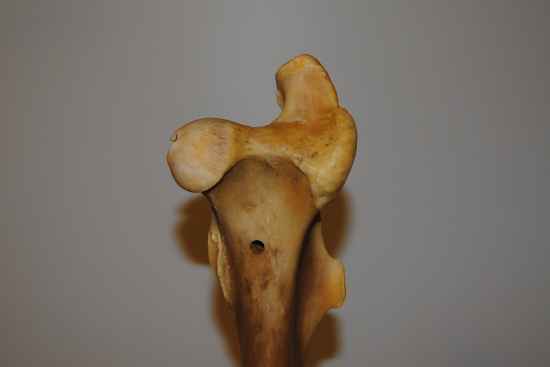 This picture is looking at the left femur from the front.  The “ball”, officially the head of the femur, isn’t at the top of the bone.  Instead, it projects sideways on the neck of the femur in towards the pelvis.  On the outside of the top of the femur are a couple of large lumps which together make up the greater trochanter.  All lumps and bumps on bones are there for a reason.  They are attachment sites for either muscles, usually via their tendons, or ligaments, which attach bone to bone.  Very often, the larger the lump or bump, the larger the muscle that attaches there.  These are large lumps! 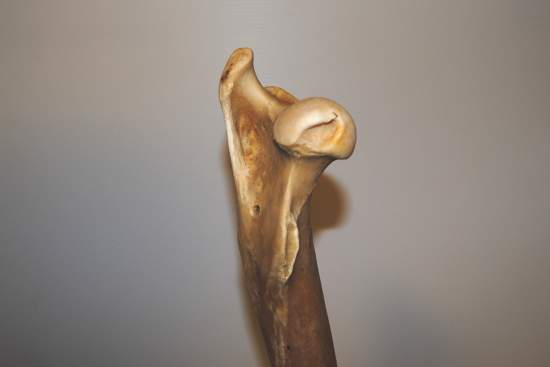 Looking at it from the medial view (out from the middle of the horse), you see two important things.  One is the upside down V which is where the ligament holding the head of the femur to the pelvis attaches.  The second is that the greater trochanter actually rises above the head of the femur, so it sticks up higher than the hip joint.  This means that anything pulling on this part of the bone will rotate the rest of the bone in the opposite direction around the head of the femur.  And if you know anything about levers, you might guess this is probably a very important lump in terms of how the leg works.  Any you’d be right.  But we’ll talk more about that when we eventually get to muscles of the hind leg.

We’ll move down to the bones lower in the leg in another post.  (And I thought there wouldn’t be much to say about the hind leg!)