Posted by RodandDenise on December 3, 2014 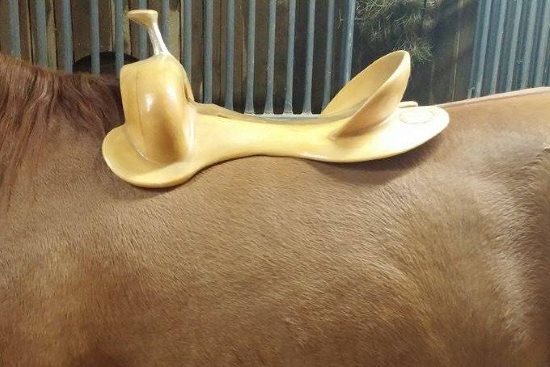 A bit ago we showed you pictures of a tree that had too narrow a bar angle to fit the horse it was sitting on. Here’s one that has way too wide an angle. So, can it be padded up to make it fit? The pictures tell the tale…

Since this is obviously not one of our trees (we only cover with rawhide, not fiberglass, and all the shapes are different than ours) I figure I better give you some background. These pictures were sent to us by someone inquiring about how to fit his horse better. He eventually got a tree and sent pictures to us of it on the horse both bare and with padding, and he kindly gave us permission to use them on our blog. 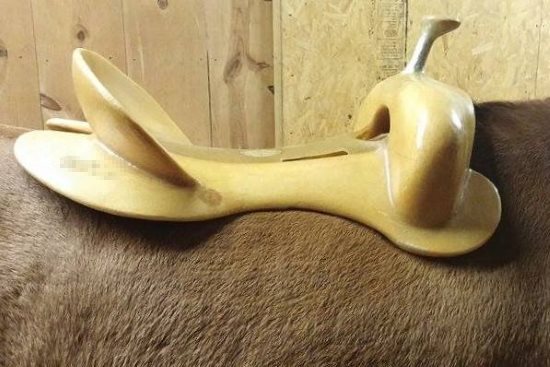 Just to be clear on terminology, the “bar angle” sets the angle at the front of the bars only. The angle changes as you go back, and that change in angle is called the twist. So a tree can be too wide at the front and OK the rest of the way, or fine at the front and too narrow in the middle and too wide at the back. That is why you need to check all along the bar. However, having the front correct is more critical because there is constant pressure under the front bar pads, primarily due to the cinch pulling down on the front of the tree, whereas the pressure under the middle and back varies a lot as the horse moves. 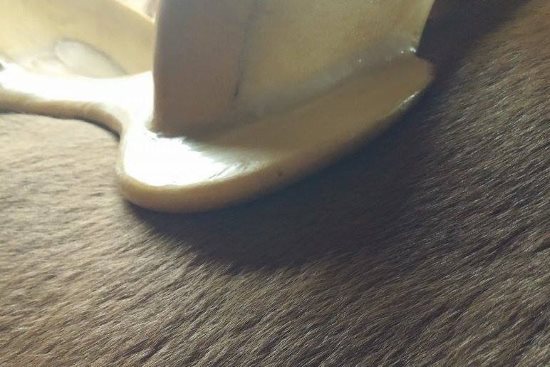 So when I say that it has way too wide an angle for this horse, this is what I mean. You can see that the bottom of the bar is sticking out into space and top edge is carrying all the weight at the front of the bars. The “angle” of the horse is narrower than the “angle” of the tree. (I put “angle” in brackets because both surfaces are curved where the bar contacts the horse, and curves don’t really have definable angles. However, it is easy enough to see that they don’t match and the idea of angles is the best we have to use.) 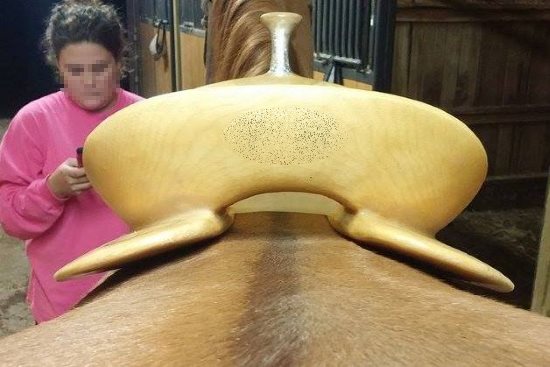 When you look at the back of the bars, they are the same – bottom edges sticking out into space with lots of pressure on the inside edge. 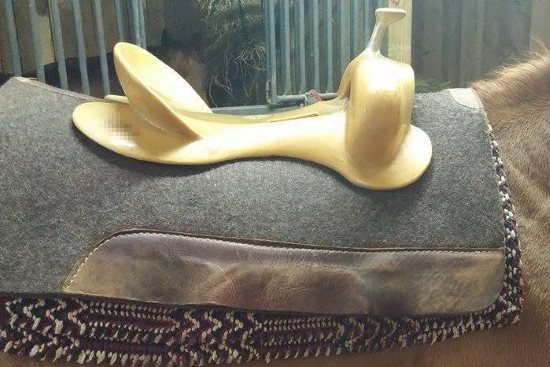 Here is the same tree on the same horse in about the same correct position – front of the bar behind the shoulder blade – with lots of padding. So, does it change anything? 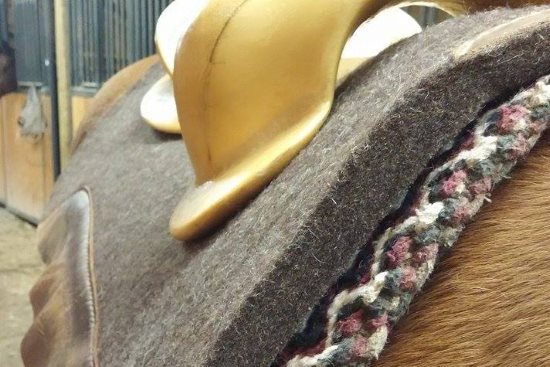 It is harder to see with the pad, but the bottom still sticks out and the top still carries most of the weight at the front. 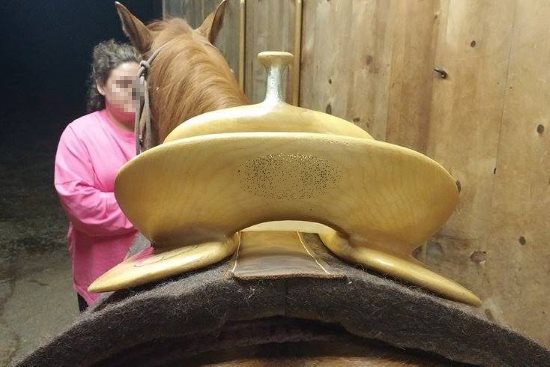 Same thing at the back – the bottom of the bars stick out and the inside edge carries more weight. Padding hasn’t changed anything. The angles still don’t match. 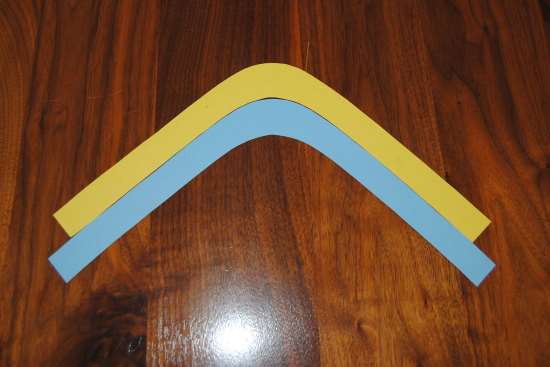 Does anyone else remember being mystified as a kid by this trick? The big yellow piece sits nicely on top of the little blue piece. 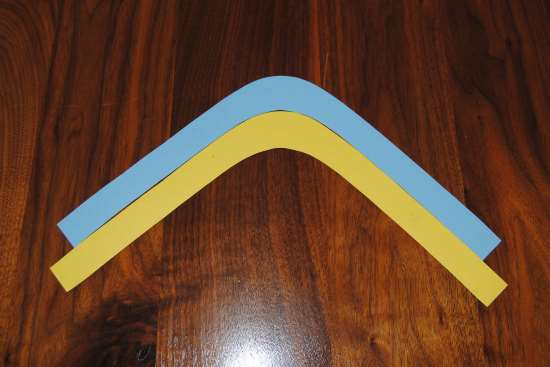 But wait! Now the blue piece is big because it sits on top the yellow piece! 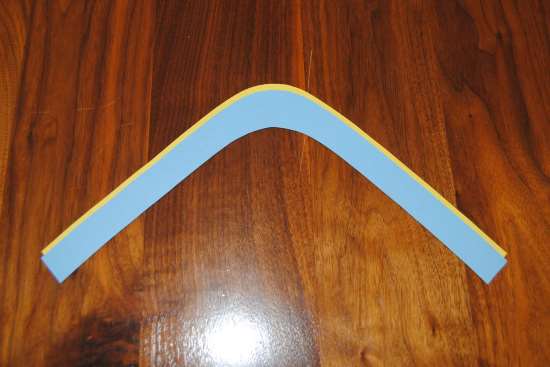 The truth, of course, is that they are actually the same. 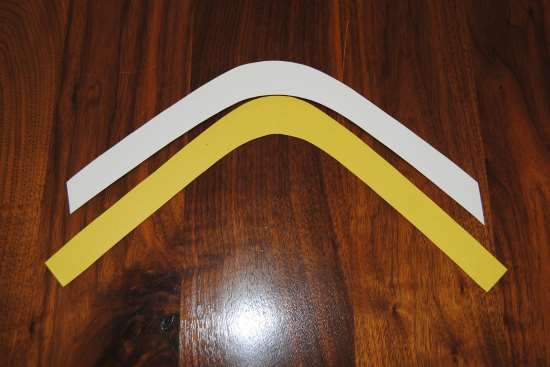 But when you get different shapes that don’t match… 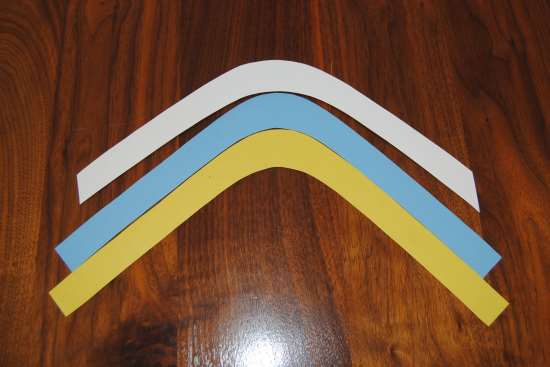 adding another layer that takes on the same shape as the bottom one doesn’t magically make them match. So when you have angles that don’t match, it doesn’t matter how much padding you put between them, they still don’t match!!

It is true that, unlike the illustration, a pad will compress a bit more in some areas than others, but it compresses under the high pressure areas and that extra pressure still gets transmitted through to the horse. While padding may help to disperse the pressure over a bit wider area, it really doesn’t fix the problem unless the discrepancy is quite minor. If you can visually see or feel that the “angles” don’t match, then adding more padding won’t be enough to make the saddle work well long term on a horse of that shape. 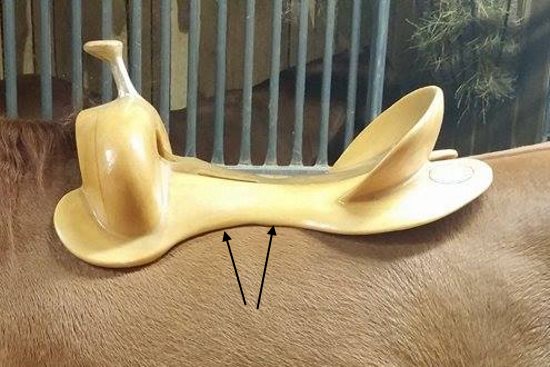 Just as an aside to the primarily point of this post: While the front and the back of the bar are both way too wide for this horse, the bottom edge of the center of the bar sits right down on the horse. Without being able to look inside, it is impossible to say if the angle of the bar matches the horse or is even too steep for it in that section of the bar. Imagine how that bar would be sitting on a horse which matched the angles at the front and the back! This is something we see fairly commonly – that the center of the bar is very steep compared to the horse.

Why would this be? The best we can figure out is that it is for the rider’s sake. If you make the bars steeper here, it is easier to make a narrower seat on the tree. If you have the angle flat enough to fit the horse, you either have to make the bars themselves very narrow or the the width across the bottom of the bars becomes wider, which many saddle makers aren't thrilled with. This is one of the things which using Dennis Lane’s system taught us – we needed to flatten out the angle in the middle of our bars more than our original patterns did. So we changed them…

Posted by Arthur fortin on Feb 5th, 2015
Absolutly true.
Posted by Doug Richters custom saddlery on May 16th, 2015
I totally agree with what you are saying do you have a print out with what your saying or any books to learn more about tree making I have started making own trees but need a bit of help getting there regards Doug thanks for your add Doug
Posted by RodandDenise on May 16th, 2015
Doug, to our knowledge there is nothing out there in print or video about tree making. Everyone we know who builds trees learned from someone else, though we were told of someone who figured it out for themselves a generation or so ago...