Things to see on a broken saddle tree

Posted by RodandDenise on December 3, 2011 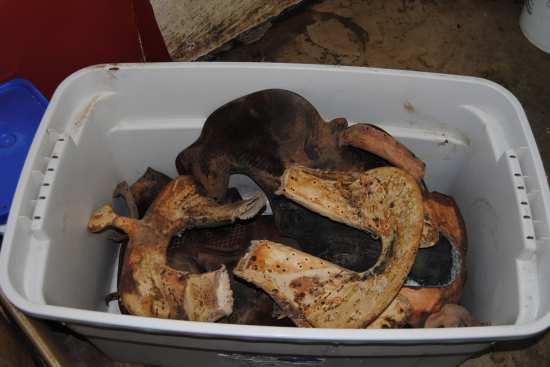 We picked up a “saddle in a tub” from the Greyhound station this week.  The story on this one was that it was on a young horse that was tied to a hitching rail.  The horse got a bit excited and hit the saddle fairly hard on a large post close by.  And that is when the saddle had a lot more movement in it than normal.  The owner really likes this saddle since it is the only one that doesn’t hurt his hips when he rides so he figured duplicating the tree is worth it for him. 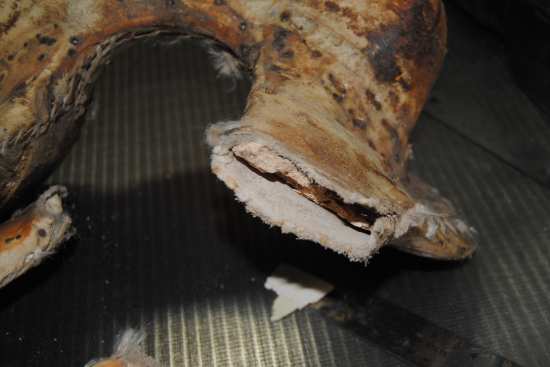 You know, it’s real tough to measure the true seat length, etc. when you get something like this!  :)  This case was harder than most because not only was the tree in two pieces, a lot of the wood from the bars was actually missing as you can see by the hole left inside the rawhide.  There was no wood on the other end of the break to fill this gap. 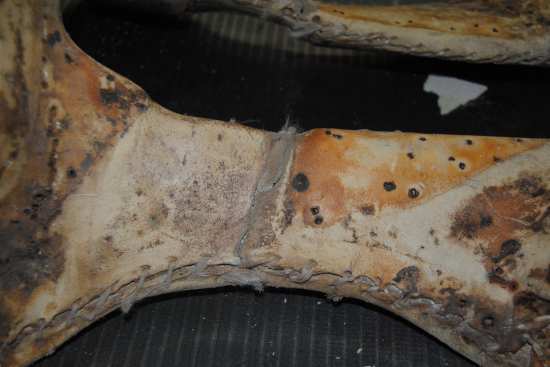 When we positioned the pieces back together to try to measure it up for a new tree, we could see that the rawhide over the break had a lot of damage to it – more than just what would have happened with a sudden accident. 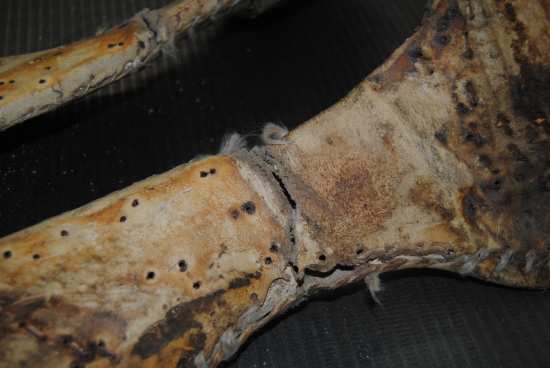 On both sides, the rawhide looks like had been worked back and forth a lot before it finally gave way with the sudden hit to the post. 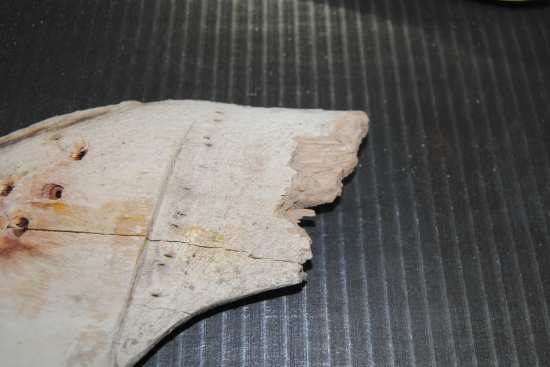 When you look at the bars, again there is no evidence of a recent sudden break.  In fact, the opposite is true.  The ends of all the broken wood are rounded, like they would be after lots of friction. 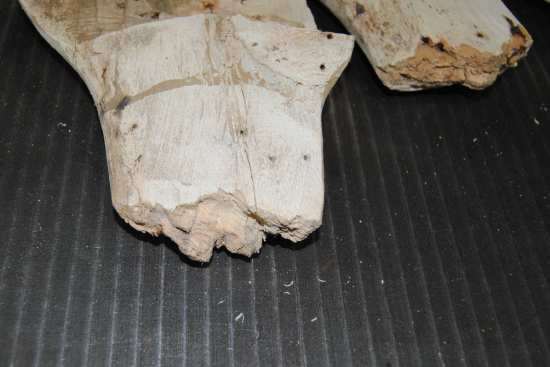 And they are all dirty, like they would be if the break was old.  In fact, this isn’t an uncommon finding when you take the rawhide off a broken tree.  Often at least part of the tree has been broken for a while with the rawhide holding it together but the owner didn’t realize it. 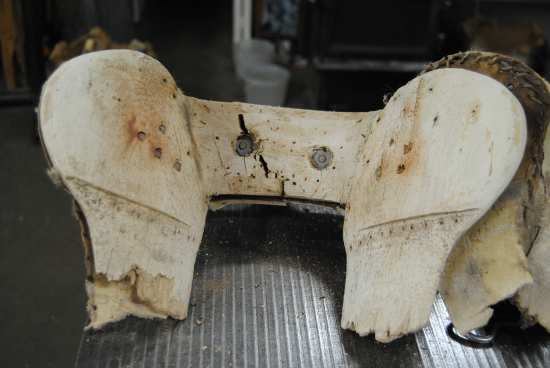 And we get the rawhide off, we generally find more breaks in it than the obvious ones.  Here there are large cracks right through the hole drilled in the fork where they bolted the horn on.  (This is one of the main reasons we use the wood we do and the high quality screws we do so we can screw the horn into the wood.  A hole through the fork is a weak spot.) 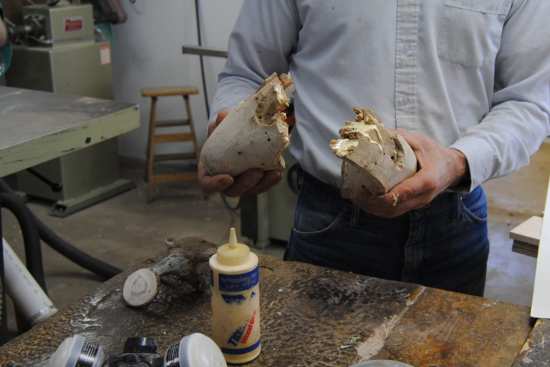 In fact, when Rod took the horn off, the fork fell apart in two pieces.  The horn and rawhide were all that were was holding the fork together too.  We glued the pieces back together to make a pattern to make the duplicate fork from. 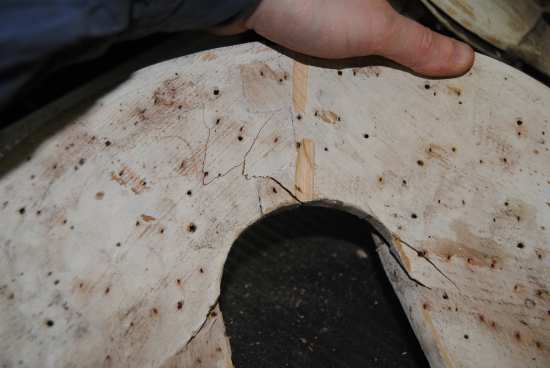 Even the cantle was cracked, but not broken through.  (The fresh marks are from Rod grinding through the rawhide to get it off.  It’s tough stuff!)

There are a lot of damaged trees out there being used simply because people don’t know they are broken, at least until something more catastrophic happens and the rawhide rips or the last fragments of wood break.  But the horse knows!  The point of a rigid tree is to distribute the pressure over a wide surface area without high pressure points.  When there is movement where there shouldn’t be movement, there are pressure points where there shouldn’t be pressure points.  If you can get any movement out of a Western saddle by squeezing, shoving on the fork or cantle or bars, any squeaking, cracking or grinding from inside the saddle, you probably have a damaged tree that should be checked out thoroughly by someone who knows what they are looking for.  Your horse will thank you!

Posted by russell Hautzenrader on Jan 22nd, 2015
have an old saddle tree. 3 places on rawhide need repaired, can it be done?
Posted by RodandDenise on Jan 22nd, 2015
Is it possible? Maybe. But if the rawhide is damaged, very often the tree is damaged underneath as well. Just patching the rawhide means you are likely missing damage under it, so we don't recommend that. Re-rawhiding the tree would be the best option. And when you take off rawhide, you almost always find damage underneath that you were not aware of which, in more cases than not, makes the tree not worth fixing and re-rawhiding. Then you are looking at replacing the tree - and if that is worth it is another question.