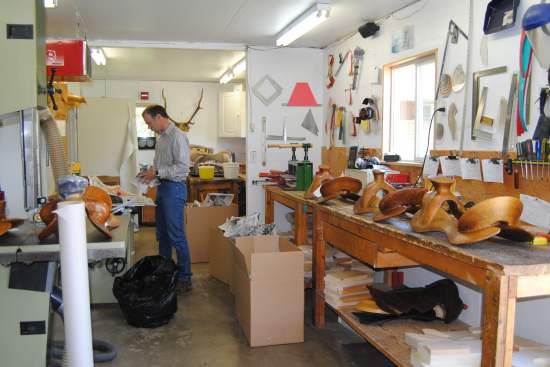 This afternoon Rod helped me pack up trees to ship to customers.  This is generally my job, but since I was running behind time and there were a bunch to pack up, he was kind enough to help.  The most time consuming thing is crumpling up the old newspapers to act as packing material.  You know, sometimes year old stories can still be pretty interesting to read... 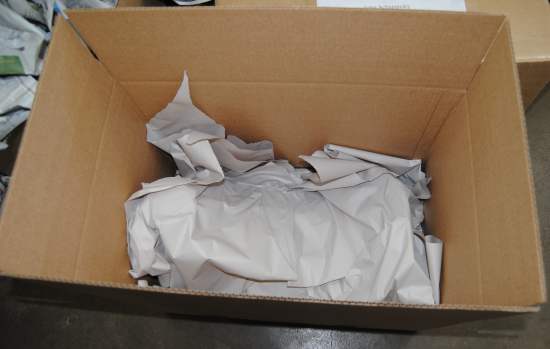 First, we put a layer of crumpled newspaper in the bottom of the box.  Because we don't want the trees to get covered in ink, we wrap them up in clean newsprint before putting them in the boxes. 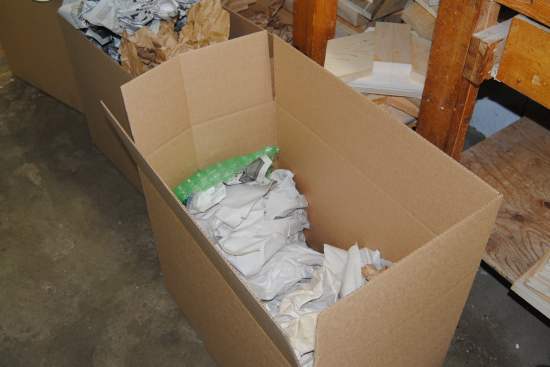 Then most prominent points are protected with wads of newspaper - bar tips front and back, gullet lip, edges of fork and cantle.  Sometimes we have bubble wrap given to us from an aunt who gets shipments for her business.  If we do, we use it for extra protection, primarily on the horn caps.  Then the box is filled with crumpled newspaper. 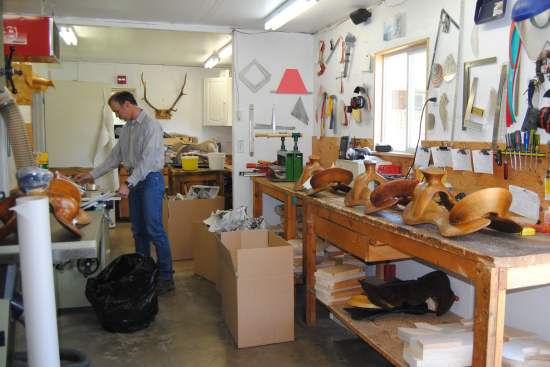 Today we had six trees to ship.  It is unusual to ship that many at one time, but four were the ones that were dry enough to leave but not dry enough to ship when we left for Sheridan.  Two were ones that customers graciously let us keep to use as samples of our work at our booth at the trade show in Sheridan.  Out of the six we shipped, five were Wades of various permutations and combinations.  One was a TM calf roper heading way down south. 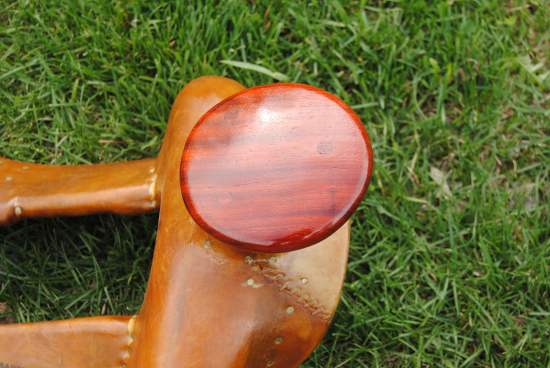 This is one of the ones we shipped today.  It got well polished at Sheridan as people who stopped by just had to look close and feel that beautiful wood. 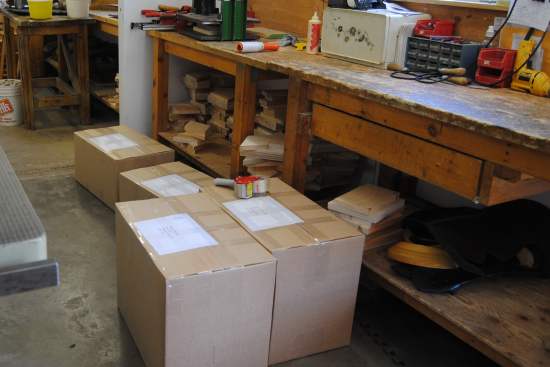 Two trees were shipped individually.  Then we had two boxes with two trees per box. These boxes fit just under the maximum size allowable to ship via the post office.  It sure cuts down on shipping costs per tree if we can ship two at a time to a customer.  And the farther they go, the greater the savings. 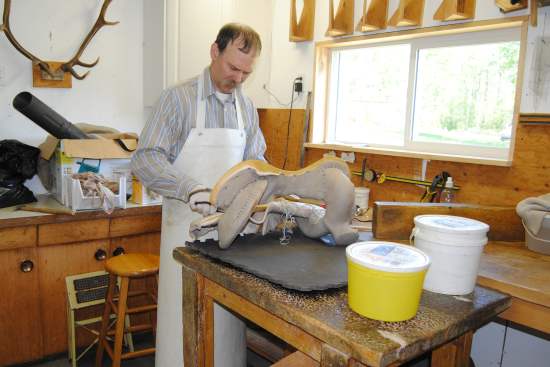 Then I "got" to drive 22 1/2 miles to town and 22 1/2 miles back home in order to mail off the trees while Rod rawhided a tree.  The joke around here is that I never let Rod off the place - that he "has" to stay home and work.  The truth is, he much prefers it that way!