The major segments of the equine spine 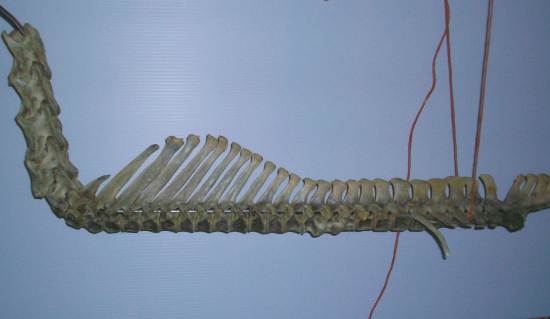 As most people know, the spine is made up of a string of bones called vertebrae.  Just for the record, the singular is vertebra.  The plural can be either vertebrae or vertebras, but I prefer vertebrae.  It sounds classier...  As I said in the last post on anatomy, you really can’t put them together wrong because they just don’t fit, which goes to show that they are all a little bit different.  They all follow basically the same plan in their design, but there is a lot of variation in that plan, especially between the five different sections of the spine. 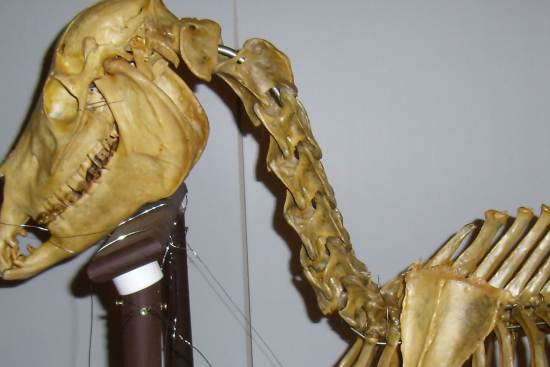 First are the cervical vertebrae which make up the neck.  There are 7 of them in every mammalian species I know of, and that includes people and giraffes.  Obviously, they are different lengths in different species!  These are referred to as C1 to C7, short for cervical 1 to 7.  C1 connects to the skull.  C1 and C2 are both very specialized vertebrae which allow us to nod and shake our heads “yes” and “no”.  I’ll show you more about them when I go over each section of the spine individually.  It is really a neat system! 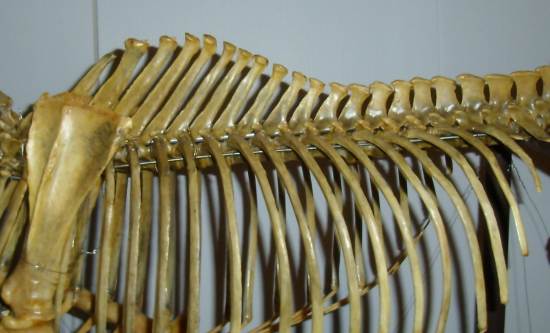 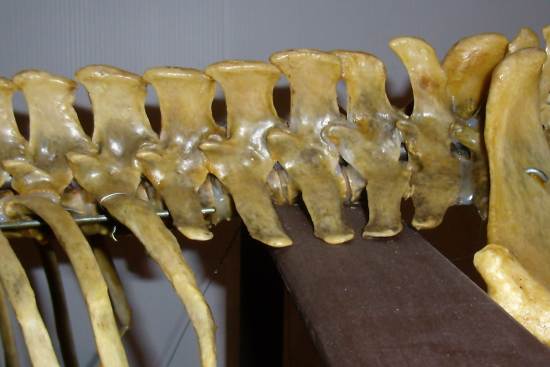 Next are the lumbar vertebrae.  These are the ones that make up the loin area on the horse.  Beneath them are the attachments for most of the abdominal organs, though some extend back into the pelvic area underneath the sacrum.  In the horse, there are typically 6 lumbar vertebrae, but this is one of the most common areas for variations if they occur.  They are called L1 to L6.  (As I explained last time, Arnie had a modified L1, so the last “rib” really isn’t.  That is the first lumbar vertebra with the transverse process modified to look and act like a rib.) 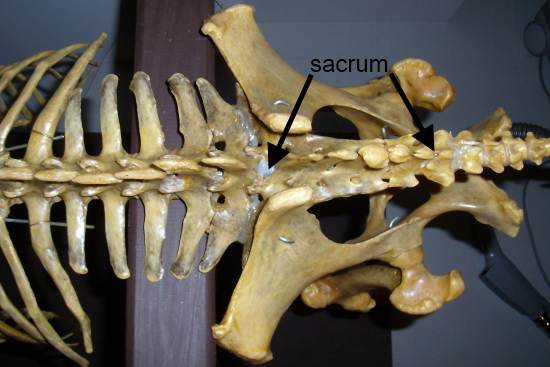 The sacrum is next.  It is a series of 5 vertebrae that have been fused into one bone.  The sacrum attaches to the pelvis via the sacroiliac ligament so it is the connection point from the spine to the hind legs.  The pelvis actually extends forward ahead of the sacrum so the “point of the hip” is lateral to (outside of) the last one or two lumbar vertebrae.  Technically, these are called S1 to S5, but since they are all joined together, they are collectively called the sacrum. 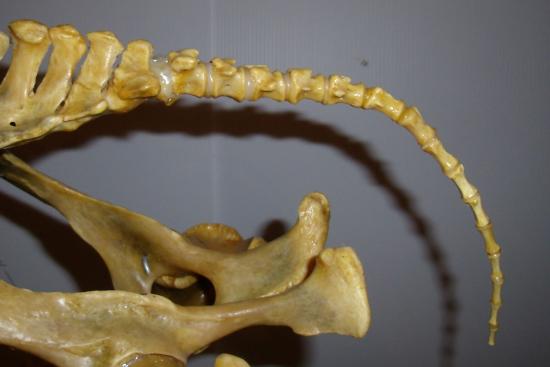 After that are the caudal vertebrae which make up the tail.  There is quite the variation in number of these, but apparently 18 is the average.  They are called Ca1 to Ca18 or beyond.  We have 18 from the mule, but only 16 from Arnie, the miniature horse.  However, from the look of it there were probably more.  They were just so tiny we must have lost them when we were boiling out the bones.

Put them together and you have the spine.  But how are they shaped individually?  That will have to be another post...