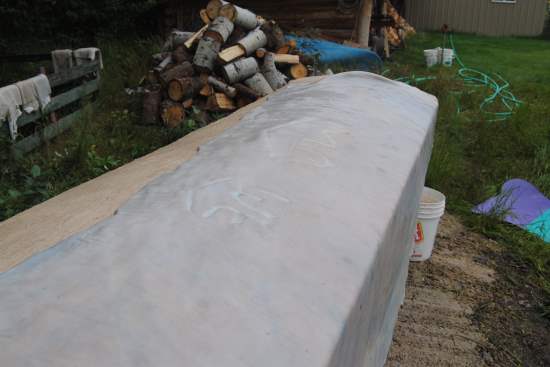 Rod was cutting up rawhide again this morning, and this was one of the sides of a cow hide we got. (We use primarily bull hides but do use a lighter weight cow hide on request for lighter weight trees.) Those tree makers in the southern hemisphere don’t know how good they have it to be getting clean skins with no brands on them all the time!! 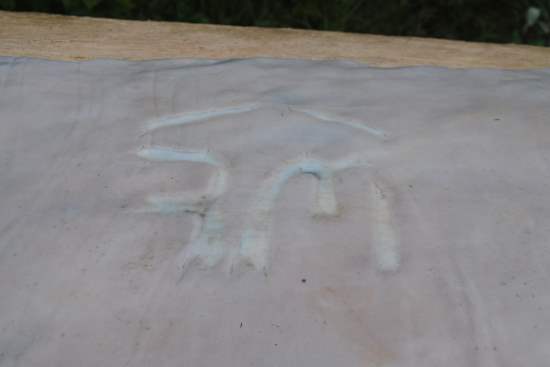 As participants in the cattle industry, we support branding since it is the only permanent way to mark ownership on a cow (cow being generic for any bovine, of course!). Ear tags, dangle or button styles, can and often do get lost. Cows jump over fences - or go through them, depending on the temperament and situation. And in a large part of North America, like around here, they can travel a long ways before they are contained again. So a visible brand clearly showing who the animal belongs to is instrumental in getting it returned to the rightful owner. 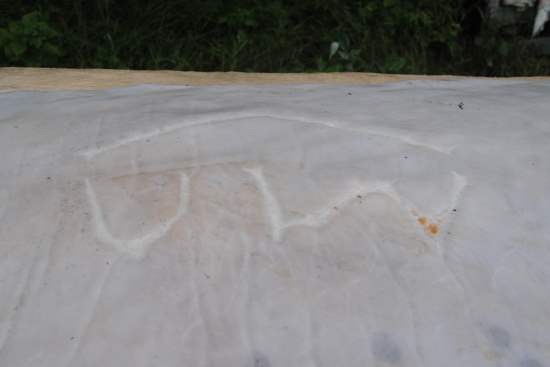 But as tree makers, we really don’t like those large, easy to read from a distance, rib brands than ranchers find so handy. They just waste a lot of good hide as far as we’re concerned. If the original owner had kept her as a replacement, she would only have one brand but since she has two, it means that she was sold at least once in her lifetime prior to now.  Why the first guy didn't want her, we'll never know. 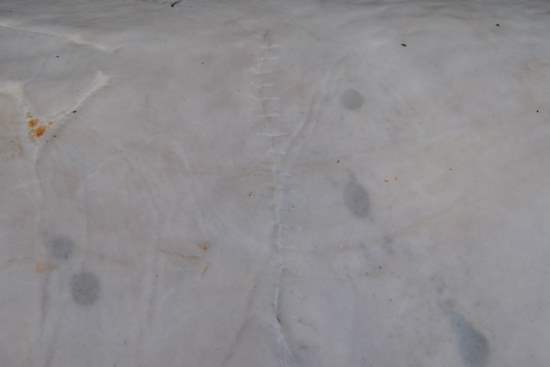 However, this shows why she probably went to market for a final time. Vertical scar in the left flank on a cow = C-section almost 100% of the time. And keeping a cow who has had a C-section is always a questionable decision. The reason they had a C-section may or may not have been their “fault’, but they very well may have problems calving again. Even if that isn’t an issue, they have a lower chance of being re-bred in time to calve at the same time next year. But why did she go to market in August? Did she calve early in the year and the owner weaned early, so she was shipped now? Did she lose her calf this spring and the owner fattened her for a while before shipping her? Or maybe she was fattened for the rancher’s own freezer. We’ll never know that either. 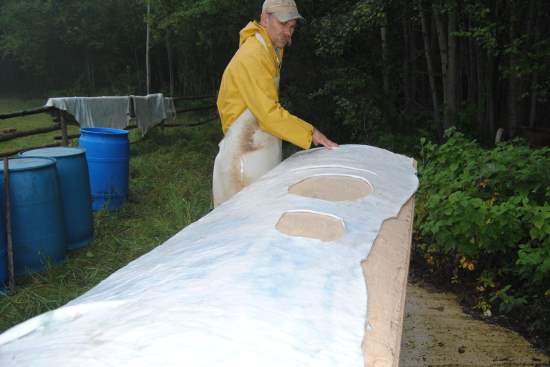 So all those areas, useful as they were in life, are now just defects that have to be cut out, and that makes it pretty tough to get a top cover out of this side. The same thing happens when the hides are poorly skinned and Rod has to work around cuts and nicks. However, he does what he can to make the best use of what’s left over. 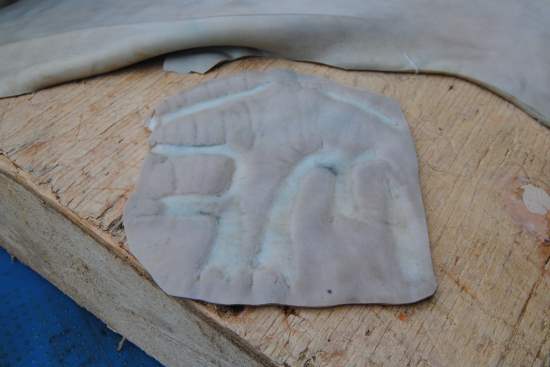 I was curious. You read in the old westerns how they would skin an animal that they thought may have had an altered brand on it because, so the books say, you could always see the original brand on the underside. I wanted to see for myself. 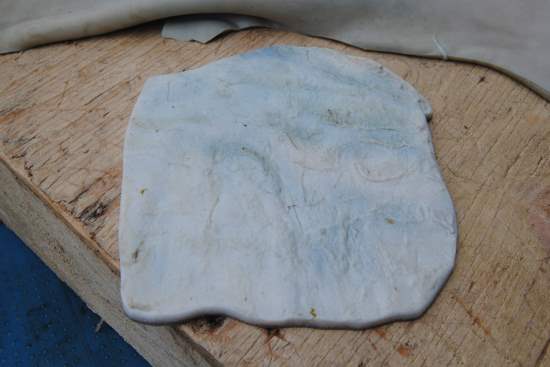 You can see it, but it takes some figuring out, even though it was a pretty good brand on the other side. Maybe, however, that is because it has been soaking in water and the hide is swollen up a bit compared to what it was originally.  I'm not sure. 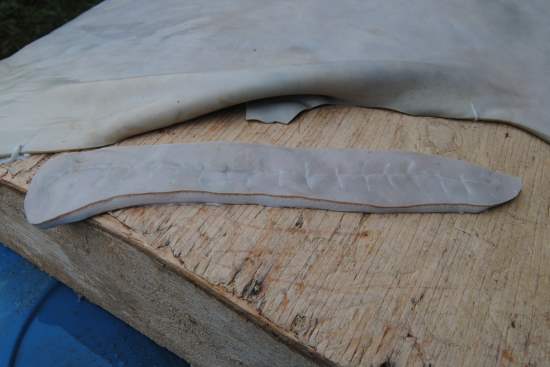 I also wondered what the scar looked like on the underside as well. 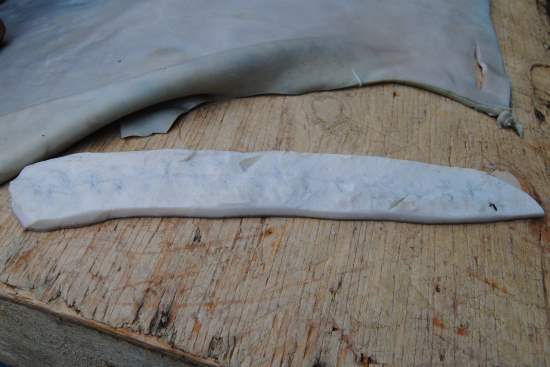 It is pretty easy to see this one! But then, it was a full thickness incision, where brands are only partial thickness. So now I know. 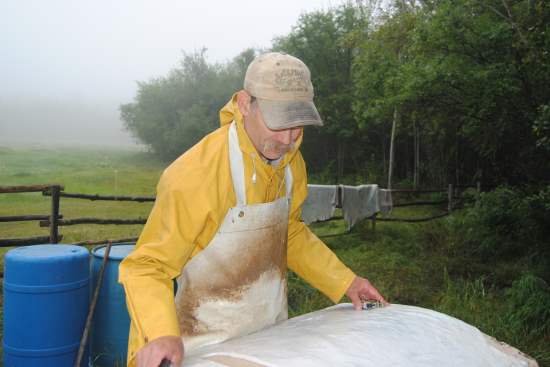 But, whatever her history, the hide ended up here, where it will be put to good use – the undamaged parts of it anyway…

Posted by Kristy on Sep 25th, 2013
I really enjoyed reading your website (most of it top to bottom!). I've learned a whole lot and really feel like I know more about saddles in general. Thanks for all the knowledge and keep up the great work!