An Academic Study on Dennis Lane’s Equine Back Profiling System 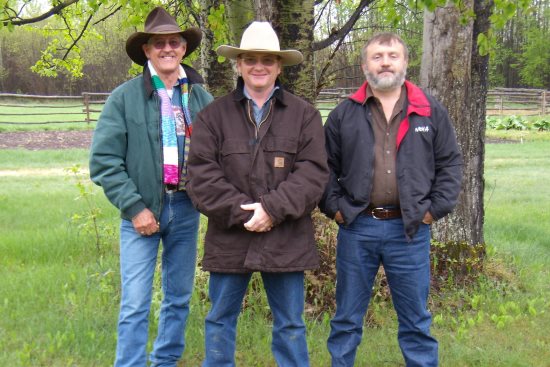 In 2007, the Australian tree and saddle maker Dennis Lane first showed paper copies of his Equine Back Profiling System to a few saddle makers, including Jeremiah Watt who posted about it on a blog he wrote for the Western Folklife Center (now no longer available, unfortunately). Over the next couple of years, Dennis, with the help of his friend, saddle and tree maker as well as engineer David A. Morris, worked on getting the system into an easily usable, easily transportable, easily saleable format – the plastic cards which you have seen on our website before. (If you are not familiar with Dennis’s system, I suggest you go to his website and click the EBPS link so you know what we are talking about here -and order a set!) Here are the three musketeers from when they came way up north to visit us on their 2008 trip over the ocean – from left to right, Hank Statham, Dennis Lane and David A Morris. 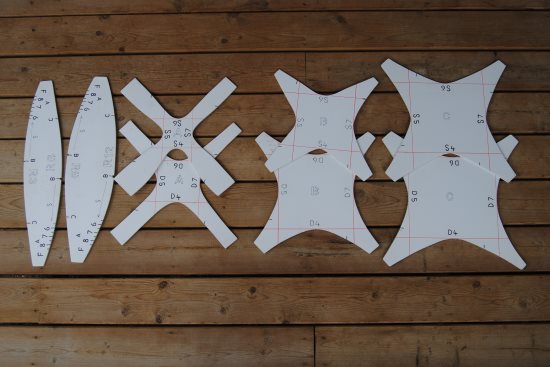 Dennis came up with the shapes from the hundreds of back drawings he had been sent over the many years he had been a tree and saddle maker. Eventually, as he says, “I started to think that we were throwing away the wrong piece.” Having consistent shapes you can set on a horse in defined places lets you choose the shape that a particular horse matches best, making it easy to communicate shape between people long distances apart – so long as they both are comparing against the same shapes. 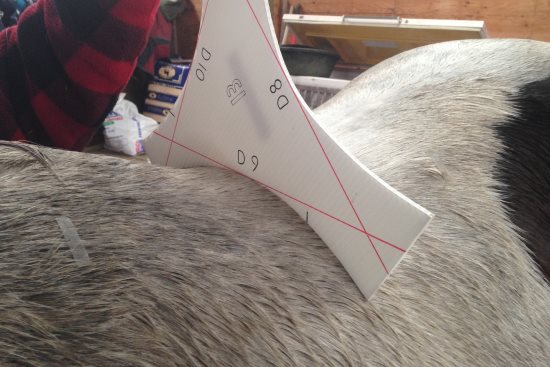 From those beginnings, the system has grown a bit, adding a few larger transverse shapes (horses in Australia are narrower than a lot of our large quarter horses in North America) and one more rock shape, which Dennis didn’t figure was common enough to put into the basic system (it is in North America). 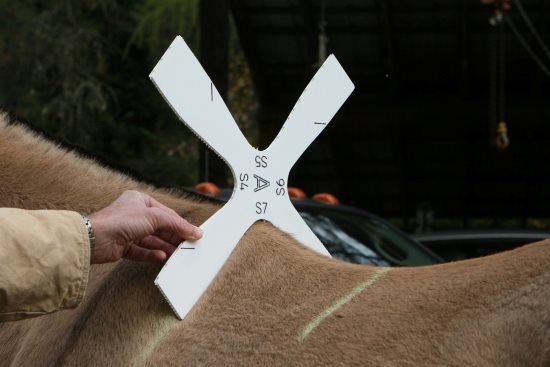 But how good is the system? Does it really match the shapes of horses well enough to be usable? In 2010, Dr. Kevin Haussler of the College of Veterinary Medicine and Biomedical Sciences at Colorado State University did a study with the DL system to see if they could be used to accurately communicate back shape. He used the cards, sometimes in ways they were not intended to be used, along with other measurements to see if he could accurately measure differences between horses.

The full paper has never been published, but a short version is now available on the CSU website here. For a card to be a “good fit” for the purpose of the study, it had to have a gap between card and horse of less than half a centimetre, which is about 3/16 of an inch for those of you who are not “bilingual” in your measurements… That is a pretty small gap, so one of the cards had to really fit the horse closely in order to qualify as a “good fit”. He used the same criteria for the transverse cards at A, B and C as he did for the rock (longitudinal) cards. 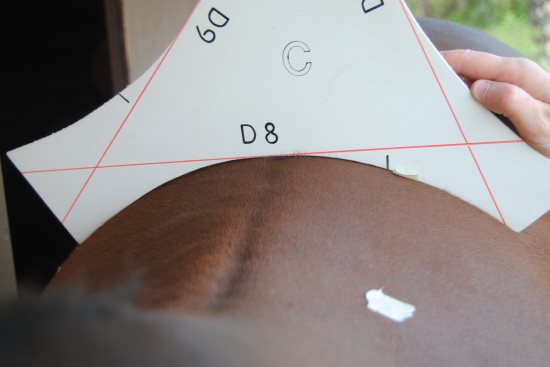 What did he find? Well, when he used the cards at places they didn’t belong, the fit rate was from 35% to 77%. Not surprising, since the shapes weren’t taken from those places on a horse. But when he placed the cards where they did belong, the results were quite different. At the back of the scapula – 89%. At the low point of the back – 97%! And at the TL junction - 91%. (Technically, the TL junction wasn’t the correct place either for the C position, but it was relatively close. I assume that if they had used the 8” measurement, the reading would have been even higher.) Since the patterns were a compilation of shapes taken from real horses, this just makes sense, but it was very gratifying to Dennis to know how well the patterns worked in a rigorous scientific study. 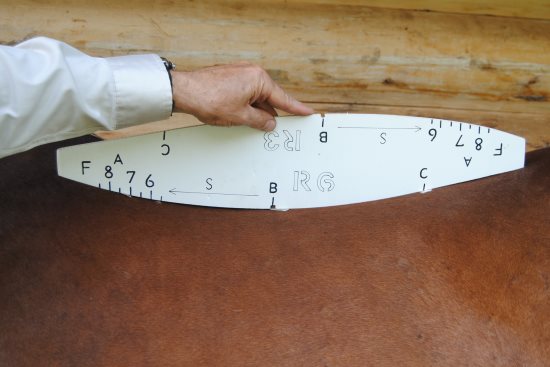 For the rock cards, they found an 89% “good fit” rate on the left side and a 92% on the right side, so horses are obviously not symmetrical side to side. Not that this is surprising information, but even that couldn’t be proven before as there was no way to measure it. Now there is.

So, if 80% is an honour level standing, Dennis’s system gets an A+ for accuracy. In fact, as part of the study (not published) they tested horses in a cutting barn and a reining barn, and they found statistically significant differences between the body types of horses in the different disciplines. Since it is that accurate, it is no wonder we have been able to use it successfully for years in communicating the back shapes of horses long distance. And since it is that accurate, it is also able to show shape changes with age, changes in weight and work load, etc.  There are many uses for the system other than just for saddle and tree makers. 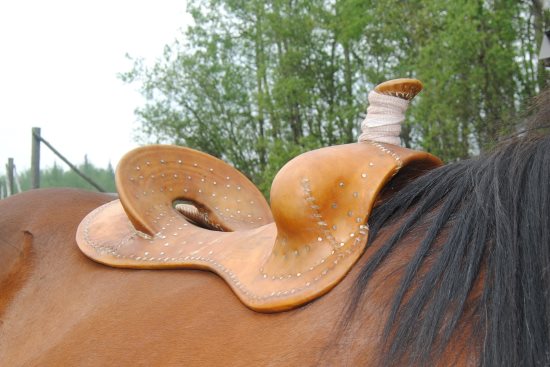 The Equine Back Profiling System doesn’t tell us how to build a tree to fit a horse. Tree makers still have to decide how they want to shape a tree to best fit a horse, or a body type of horse. But at least now they can know the shape of the horse they are trying to fit. This is a major leap forward for the equine industry, regardless of what type of saddles and horses you ride. Now we just need to let the rest of the equine world in on the secret!!

Posted by Jesse w smith on Dec 12th, 2016
Is a great report. I have used this system for many years
Posted by RodandDenise on Dec 12th, 2016
Thanks for the comment Jesse. It is a good system and it really works to accurately describe horse shape, doesn't it! With that there are so many applications...