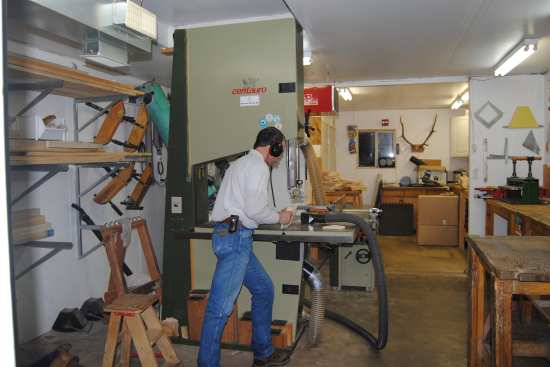 Our band saw is BIG.  It stands 8 ½ feet high and has a 32 inch throat.  When we built the shop, Rod modified the rafters to make a box tall enough that we could raise the band saw up to vertical.  Most tree makers have a large band saw, at least 28”.  This is because we need the height for the jigs used to make the fork and cantle cuts on the bars.  The saw is made to have large blades and to cut big logs into lumber. 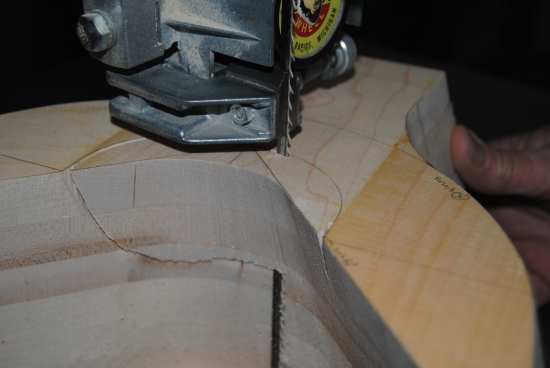 But just because it is BIG doesn’t mean we have to use it like a BIG saw.  The blade we have on it is only ¼” wide.  It is called a “furniture blade” because it is thicker than normal blades of that width.  We need the extra strength for a couple of reasons.  One is that the tension on this band saw is probably greater than on a smaller saw with the same blade.  The other is that Rod does a lot of small, curved cuts, like in the gullets, when turning the wood that sharply puts a lot of stress on the blade.

Generally, band saws are super safe.  Usually the wood is set on the table and pushed through the blade.  Since the blade is running down through the table, it pulls everything down toward the table, unlike a skill saw or table saw which can kick back at you. 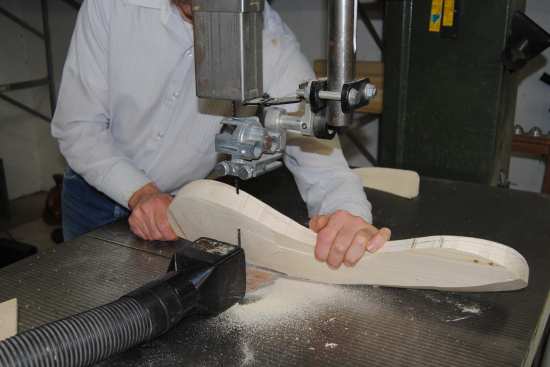 The only way the wood can be caught and moved suddenly is if it is not flat on the table to start with, like when Rod uses it freehand, which he does a lot, especially on the bars.  Once he has the bars marked out, he uses the band saw to cut away a lot of wood in a hurry rather than make piles of saw dust grinding it away. 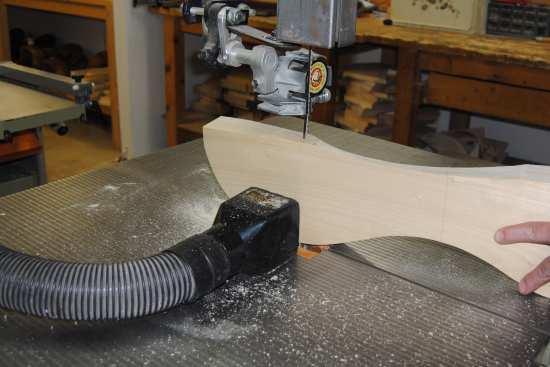 He cuts away large chunks first. 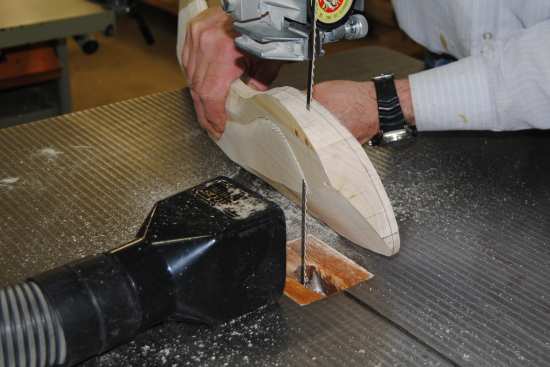 Then he removes certain other shapes he has figured out over the years to most efficiently take off the most wood where it is needed without cutting away wood that needs to be left in the crown of the bars. 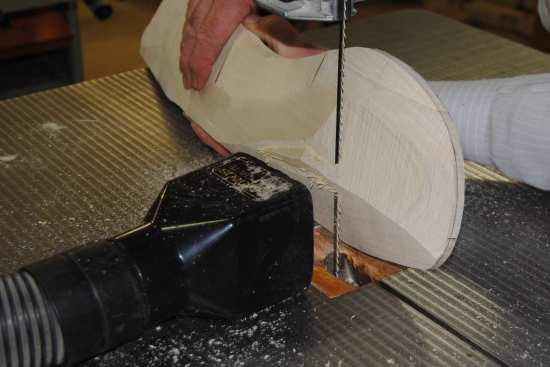 And finally he does some pretty fine trimming, shaving off a few bits that can still be removed safely with the saw. 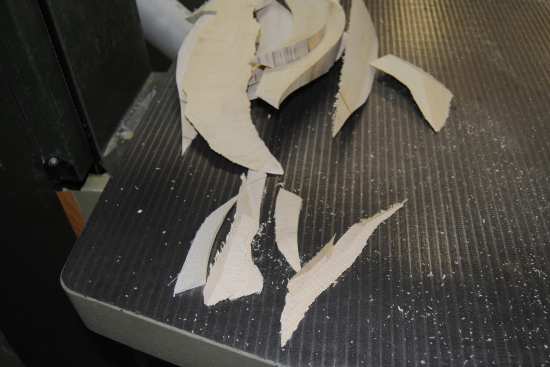 The neat thing about wood work as opposed to leather work is that you can still use even the smallest scraps – to keep the shop warm in the winter!!

Posted by greg gomersall on Dec 21st, 2011
The leather scraps will burn in the wood stove very well, produce good heat and the smoke even smells like a branding iron being placed on a critter. Merry Christmas. Greg
Posted by RodandDenise on Dec 24th, 2011
Thanks for the information, Greg. And if we ever get the chance to visit your shop, remind us to bring our gas masks!