Home > Saddle Tree Blog - From Shop and Desk > It's not the pattern... 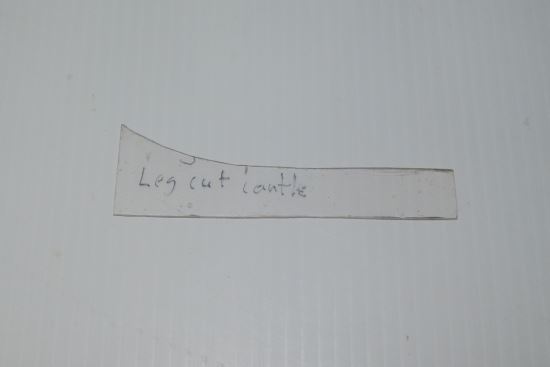 When Rod learned from Julian Tubb how to build trees, he was given this pattern. It was to make leg cut on cantles to give riders a bit of relief if the front edge of the cantle was likely to bite into their leg. Useful at times on really laid back cantles, depending how the ground seat was put in, or shorter seats with riders whose leg wasn’t quite as small as the seat required… 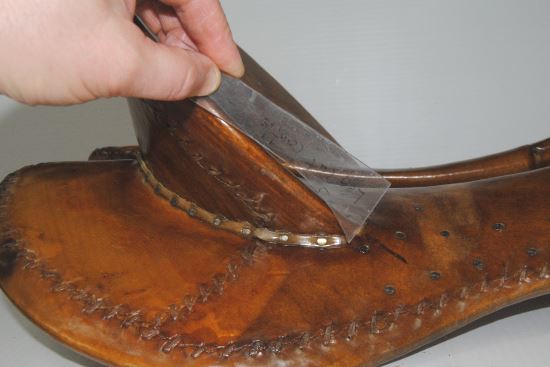 Rod wasn’t shown anything about the pattern. He just was given it, so this is how he used it over the years when he was asked for leg cut on cantles. 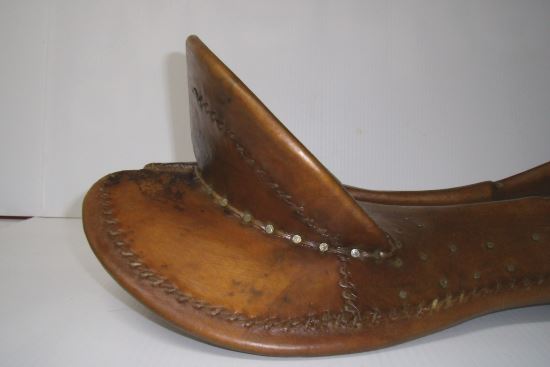 It worked. It took the front corner off and the few people who asked for it seemed happy with it. 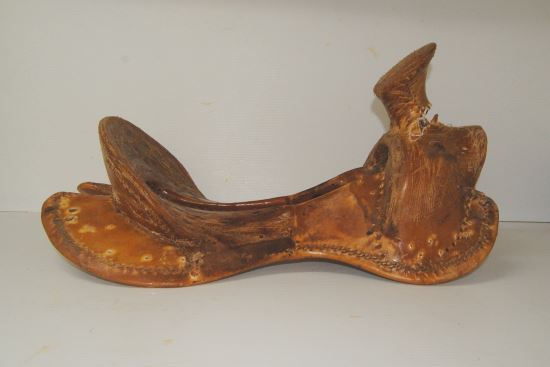 Then about a year and a half ago we got an old Todd McGiffin tree in to duplicate. Todd was the tree maker who taught Julian to build trees back sometime in the mid -1980’s. After thirty plus years of hard labour, it finally gave into a bit of a wreck. 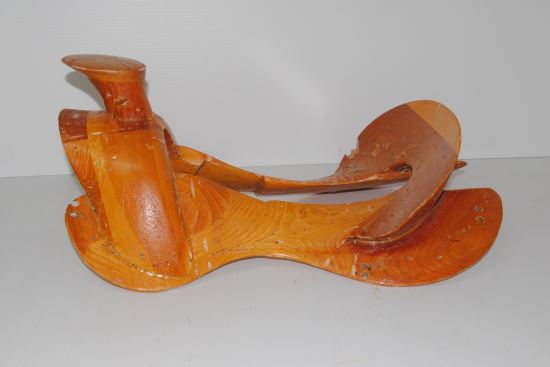 Trees that have been built on, ripped apart and de-rawhided never look as pretty as they should, but this was a very well made tree built with a lot of finesse and care. And with the history, you better believe Rod examined it up, down and sideways to see what he could learn from it. 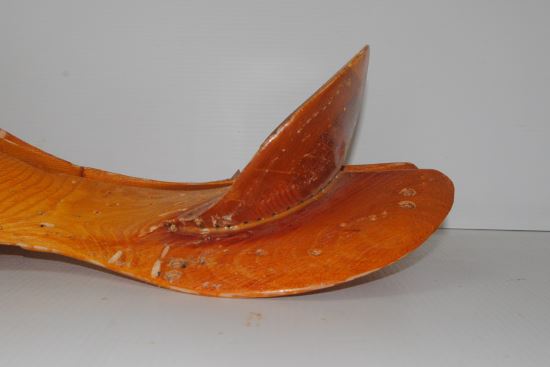 And it took about 0.2 seconds for him to notice the cantle. 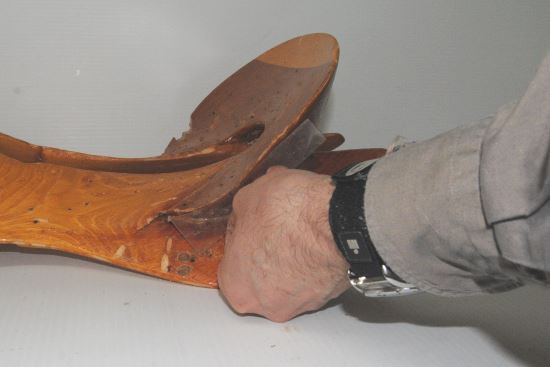 Hmmm… Now look at that… Who’da thunk it??

So now Rod uses the cantle pattern like this… 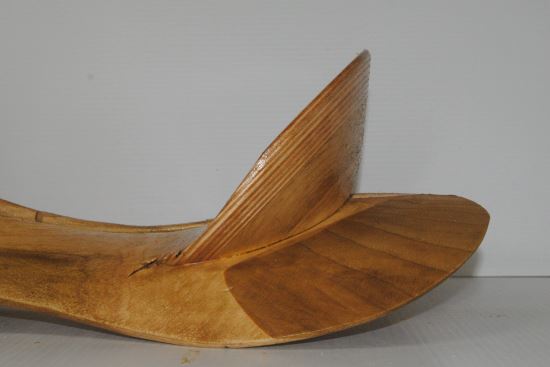 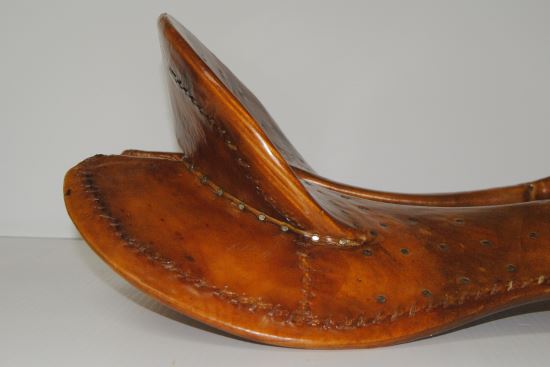 It makes a lot more sense, once you see it used. (Besides, it is fun to laugh at ourselves now and then…)

Sometimes we get people asking to buy our patterns, or asking us to tell them “the angle” they need to use to make a tree that fits their horse exactly. This is a perfect illustration that it isn’t the pattern, but the knowledge of how to use it that is important. And that has to be taught…