Posted by RodandDenise on December 5, 2016 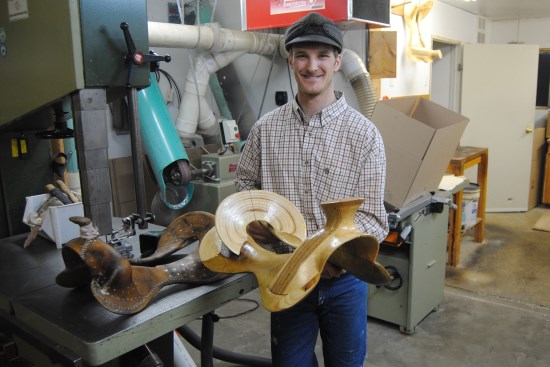 Last January, Greg made the long trek four miles down Alder Ridge Road to take our tree making course. We have known Greg since Rod first took him out hunting when he was twelve, and we have enjoyed watching him grow and learn in many ways over the years. 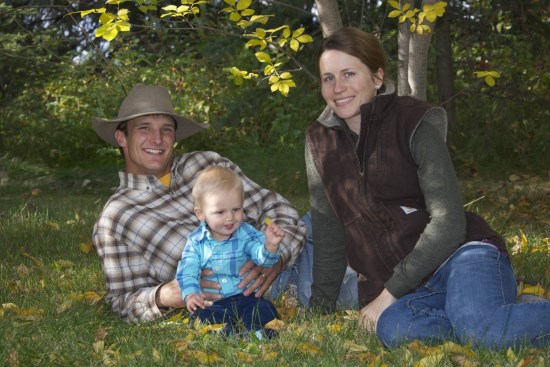 Greg has an Ag degree from Olds College. He and his wife Lynelle, along with son Dawson and baby-on-the-way run some cows with his parents. Greg also has ridden community pasture and has trained a few horses over the years, including putting miles on one of ours when she was first started. (He did a good job with her.) So he has knowledge on how a saddle should work gained from many hours sitting on the top side of one. 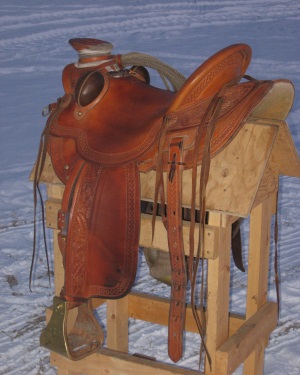 In 2008, when he was in his late teens, he had saved up enough for his first custom saddle. He got Vern Rempel of VR Saddlery to build it for him on one of our trees. He purchased another tree in late 2014 with plans to build on it himself. And he hung around the shop when they were both being built, watching and asking lots of questions. So the interest in trees has been there for a long time. 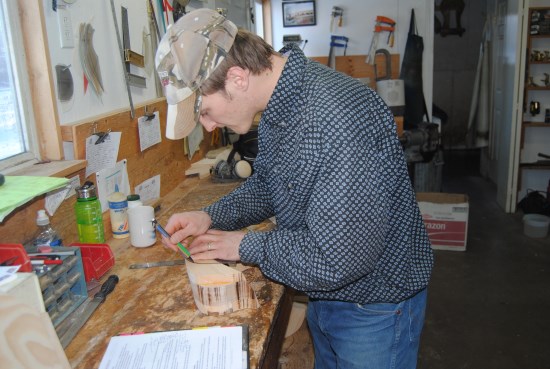 When Greg said he wanted to learn to build trees, Rod was excited. We were sure that Greg had the hand and eye needed to be able to build good trees if he wanted to, and that has proven to be true. 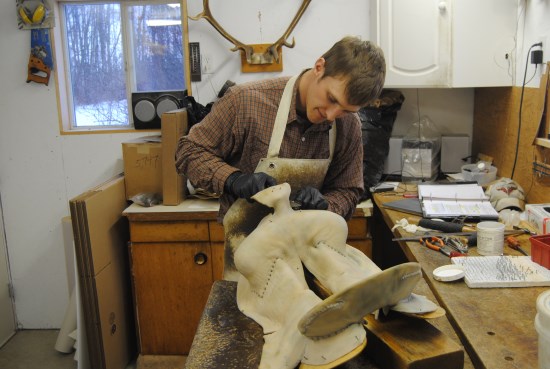 He built two trees during our course...

and then over the next few months built his first few under his own name in our shop, gaining as much experience as he could while he could still check with Rod and ask advice with him there.

Over the summer, Greg worked to turn this old building into a fantastic tree shop. It took a lot more time and effort than originally planned, but it was worth it. 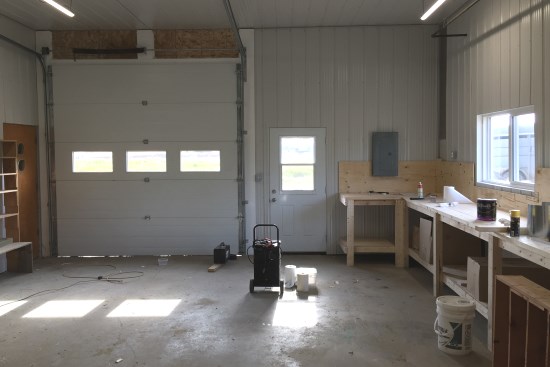 He has way more room than we ever had, and an overhead door that will making unloading wood so much easier. 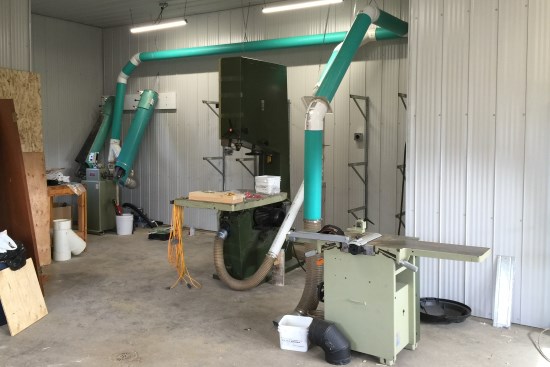 He got his sander, jointer/planer and band saw all hooked up with the dust collection sytem and ready to go. (Note that these pictures are over time as he progressed in getting everything set up.) 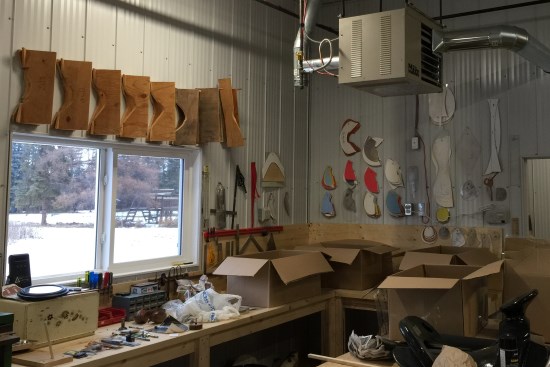 Here he was unpacking the small equipment and getting the jigs, the small tools and patterns all in place. 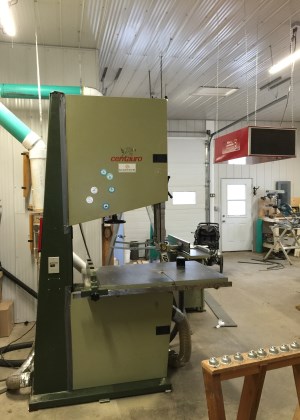 And if you are seeing any similarities here to our old shop, well, you are probably seeing correctly

because in August, when we moved, we helped Greg and some family and friends move out all the equipment he had purchased from us 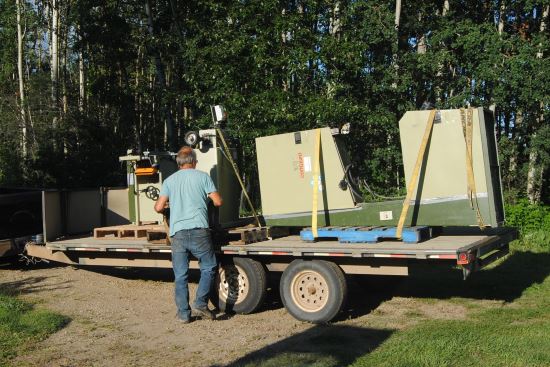 and load it on a trailer for the four mile trip down the road to his place. (It was kinda nice for us to see it all go together and still be used for building trees, rather than be scattered hither and yon being used for who knows what...) 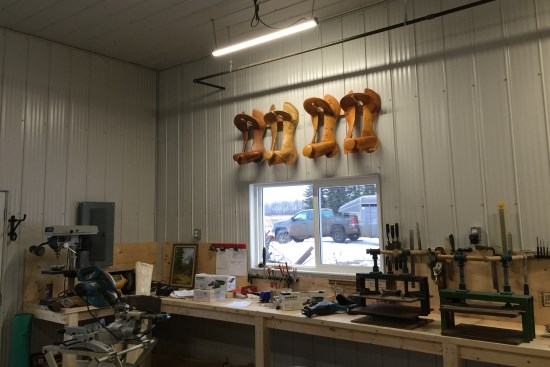 So now that Greg is pretty much set up, he will be building trees as well as working with horses and cattle. The jobs should complement each other quite well. We are very confident that he’ll be yet another good, hand made tree maker, and we’re thrilled he has joined the profession.

Greg lives north of Valleyview, Alberta. If you want to contact him about his trees, he is available by phone at 780-552-4143 and via email by clicking here.