Last week away from the shop 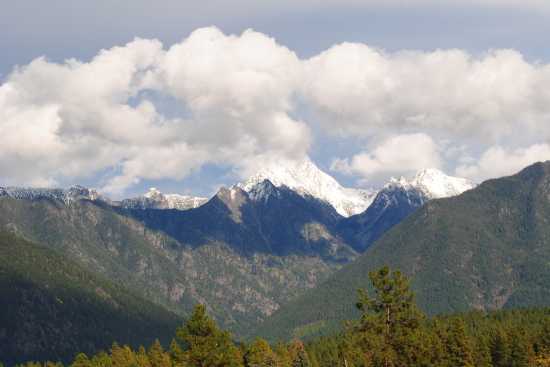 We had a good holiday last week.  We went to Fairmont Hot Springs, B.C., where Denise’s aunt graciously gave us her time share for a week.  Here are some pictures of our time away. 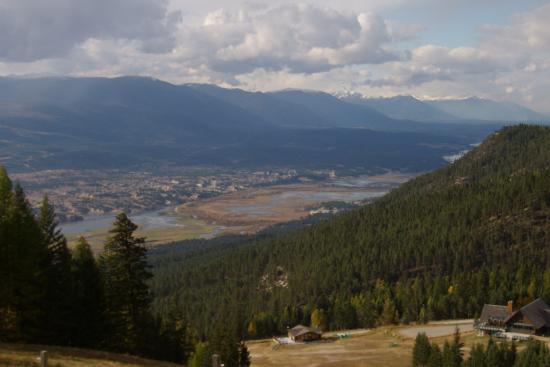 Fairmont is a resort town between two sets of mountains – the Rockies to the east and the Purcells to the west.  We did a bunch of hiking, which is more vertical here than on the prairies where we live!  Pictures never do justice to mountains, but we always try.  Here we are part way up one of the ski runs.  The lodge is at the bottom of the run, and that is the Columbia River and associated wetlands at the base of the mountain. 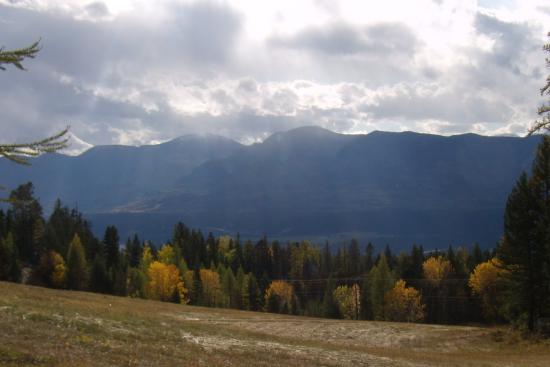 Just some lovely fall colors looking down another ski run. 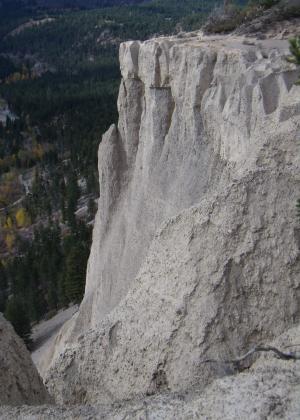 We did a hike along the top of the Hoodoos just south of town.  Yes they really are that tall!  And no, there are no guard rails.  Rod enjoyed looking over the edge.  Denise stood back a bit more… 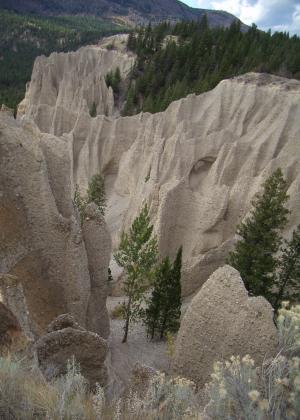 This is a neat section.  We are looking down into a blind canyon opening to the face of the cliff.  Those trees are probably 80 feet tall.  You can see the hole worn right through the rock about half way up and just to the right of the picture.  The rock looks really crumbly, but it must be pretty hard to still be standing and not eroded away.  Yet the top is pretty much sand. 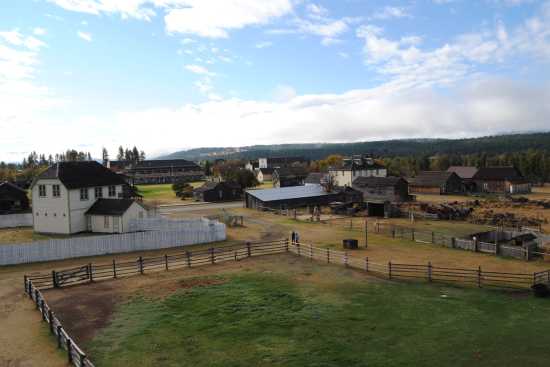 We spent a day at Fort Steele, a historical park about an hour south of Fairmont.  It started in the 1860’s as a gold mining town.  In 1887-1888 a detachment of the North West Mounted Police were sent to deal with problems in the area, but they left once they got them all settled.  In the 1890’s it was booming, the economic hub of the district.  The large building on the left of the picture is the Government Building, which also housed the jail.  The fenced yard at the back was for the prisoner's exercise times. 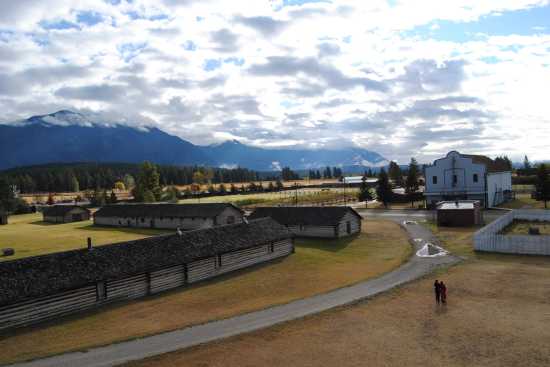 But…  the railroad bypassed Fort Steele and went to Cranbrook instead (politics…) and that was the beginning of the end of the town, though there were still a very few people living there full time into the 1970’s.  In 1961 the Canadian government purchased the land as historically significant.  A lot of the buildings are original and have been refurbished.  Some are replicas.  The history is well documented and laid out for tourists to see and read.  The staff are in costume and character, and it sounds like there is lots more going on in the summer too. 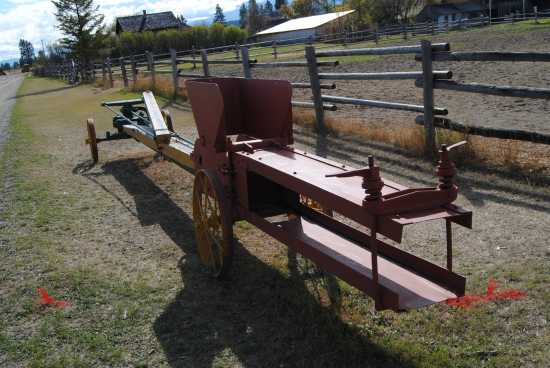 They also have some really neat old equipment, like this horse powered square baler, 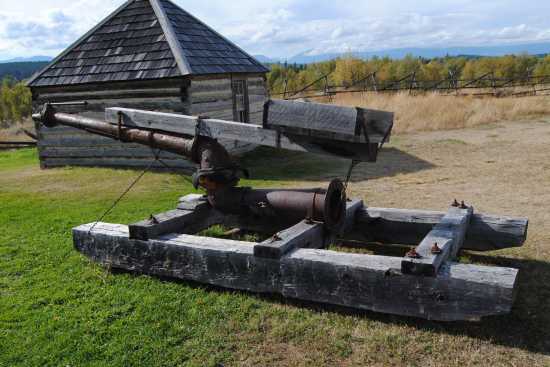 and this water cannon used for hydraulic mining from when they were looking for gold in “them thar hills”. 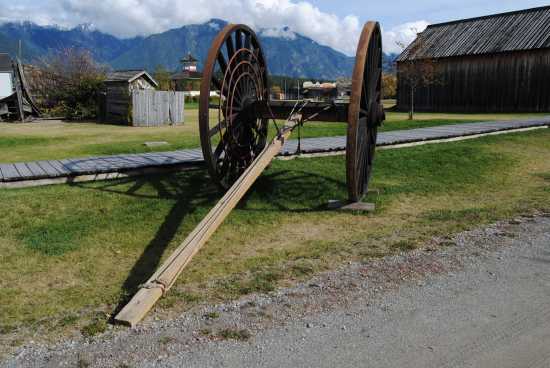 We found this piece of logging equipment really interesting.  Pulling the huge trees out of the bush with horses was a tough job.  This made it easier.  They would back it up to the butt end of a fallen tree, and unhitch the horses from it.  Then they would raise the hitch in the air and fasten the chains from the axle underneath the tree.  When the hitch was pulled down again, it lifted the large end of the tree off the ground, making it easier to pull.  And the large wheels, probably about 10 feel tall, would go over the rough terrain well. 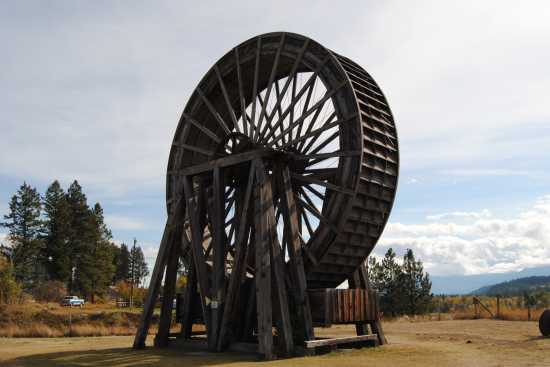 They also have moved onto the site the original water wheel from one of the mines in the area.  The job of this massive wooden structure was to pump water out of the mine.  To give you a perspective on size, the white sign at the bottom is about eye level.  Lots of interesting things to see, do and hear about at Fort Steele!